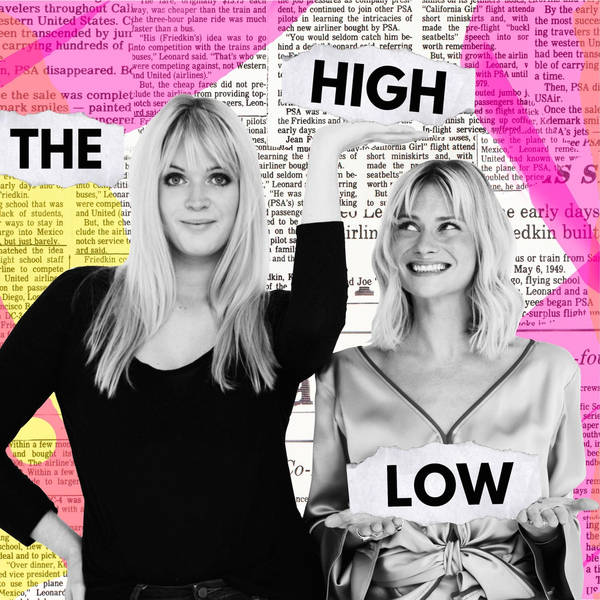 The Dangers of Self-Deprecation; & A Deep-Dive Into ‘Nanette’

It’s the week that England broke their penalty curse; Cheryl Cole and Liam Payne broke up; Roman Polanski (yup, he who is wanted for statutory rape) sat FROW at Miu Miu; and let’s not forget! There’s a bumper session of Ask The High Low. We resisted doing it in Joan and Jericha’s voices - but it was hard.

We’ve never had something recommended so much to The High Low - via email; Twitter; Instagram DM - as much as we had ‘Nanette’ a stand-up show performed by Australian comic, Hannah Gadsby. A surprise Netflix hit, loved by everyone from Roxane Gay to Monica Lewinsky, Hannah Gadsby has produced a piece of comedy so hilarious, so original, so shocking and so devastating - it’ll have you thinking about it, like we are, for weeks to come. We talk about why this show has everyone talking and discuss why self-deprecation is so dangerous for women; why punchlines don’t tell true stories; and why artists (even Van Gogh) are not mad geniuses - but just humans, who need connections. Hannah says that ‘Nanette’ is her last piece of stand-up - and that she wants to quit comedy, so that she doesn’t spread her anger. We hope she doesn’t quit comedy: we hope she changes the genre forever.

Nanette Is Not Just A Queer Woman's Story - It's A Revolution by Zoe Beaty: https://www.the-pool.com/arts-culture/tv/2018/26/zoe-beaty-on-hannah-gadsby-nanette-on-netflix

﻿Why I’m Done With The Mental Health Conversation, by Hannah Jane Parkinson for The Guardian https://www.theguardian.com/society/2018/jun/30/nothing-like-broken-leg-mental-health-conversation