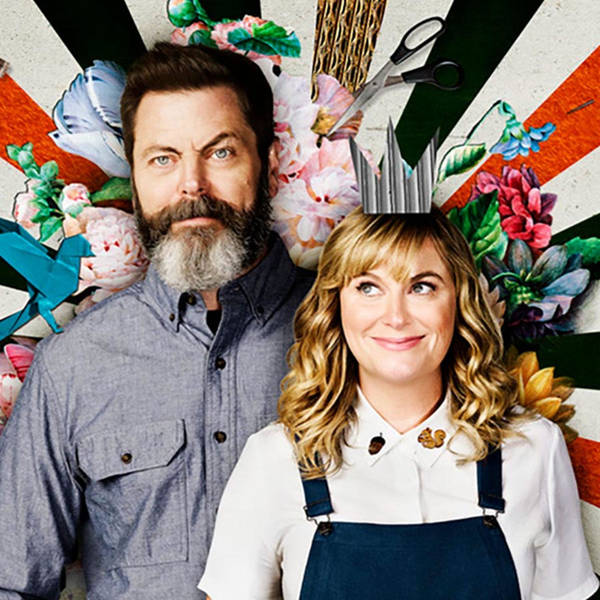 What's not to love about a crafting competition show hosted by Amy Poehler and Nick Offerman? Wellll, Linda Holmes and the regulars could think of a few things, but our nitpicks stem almost entirely from liking the show and wanting it to be its best, punniest self. We talk host bits, judging inconsistencies, the comparison of apples to macrame, and there's even Sarah's obligatory semi-annual reference to Work Of Art. We go Around The Dial with Queer Eye, Kids Baking Championship, The Bletchley Circle: Mission Burrito (...okay, it's actually "San Francisco," but we like Dave's name better), and Trial & Error before Linda serves a warrant for inducting Brooklyn Nine-Nine into The Canon. Deadwood won (maybe; we'll see), networks' lip service to survivors and equal pay lost, and we entered the valley of the shadow of unbelievable/y crappy shows with Dan Cassino's Trough TV Game Time. Glue-gun those earbuds in: it's an all-new Extra Hot Great.