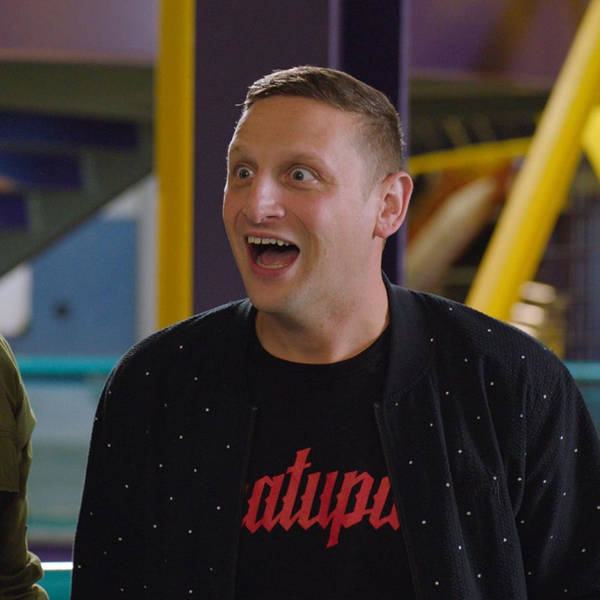 The second season of Detroiters started last week, and new guest Josh Gondelman joins us to talk about why it's so great, and why it should be better known: the crack timing, the considered use of Tim Meadows in his lower "gear," and the things it gets right about longtime friendships. We're going Around The Dial with Pose, Nanette, Barry, Jersey Shore: Family Reunion (again), Luke Cage, and Handmaid's Tale before Detroiters's Tim Robinson makes another appearance in Josh's Canon pitch for Robinson's eponymous episode of The Characters. Roseanne-less Roseanne won, Prime subscribers lost (and didn't even know it), and Game Time became snacktime in a quiz about food/show mash-ups.

Put us on for your commute (after you check your gas tank for sardines): it's an all-new Extra Hot Great.