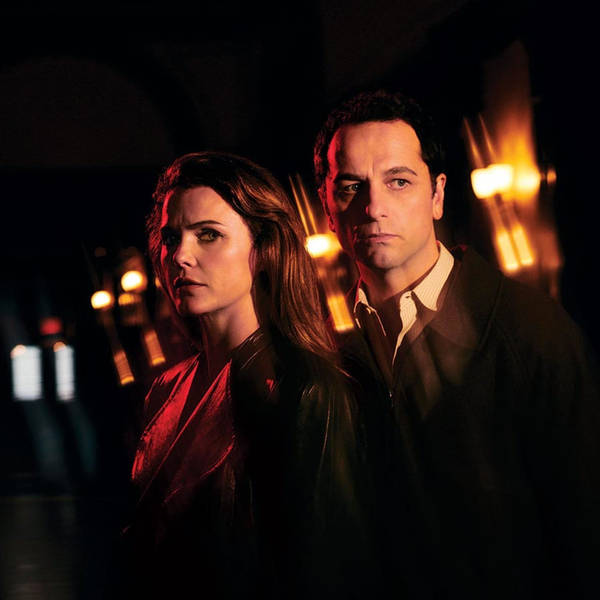 198: Gathering The Comrades For The Americans

The Americans is wrapping up its spy mission in the U.S., and You're The Worst creator Stephen Falk has crammed his viewing of the previous two seasons to prepare for our discussion of the Season 6 premiere! Around The Dial takes us through Alex, Inc.; an update on Here And Now; HBO's latest doc The Zen Diaries Of Garry Shandling; and the fourth season of the Swedish/Danish crime drama Bron/Broen. Stephen makes the case for us to induct Archer's "Skytanic" into The Canon, before we name the week's Winner and Loser and then roll into a Game Time that Could! Change! EVERYTHING!!! Put on your headphones in the Secret Basement Of Spycraft and see if you can crack our code! (JK, we don't have the patience to make you a code.)