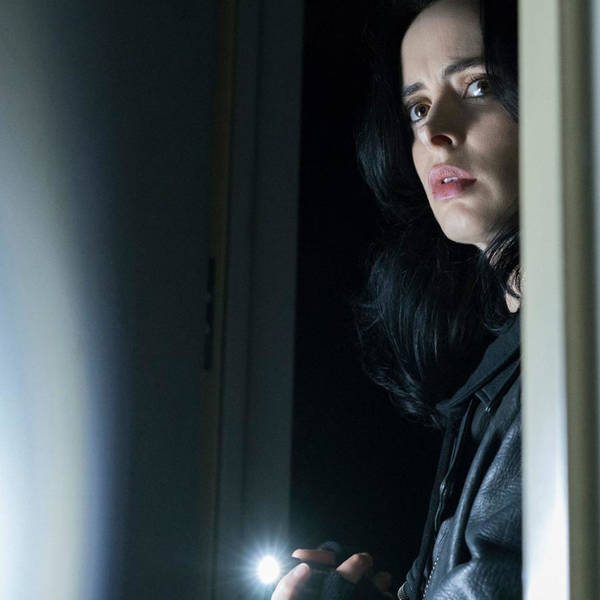 S2 of Netflix Marvel anti-heroine joint Jessica Jones was a long time coming -- and unfortunately it took a long time to get going. Kotaku's Kirk Hamilton joins the panel to discuss the absence of Kilgrave malice, whether thirteen episodes is five too many, and the evident female gaze of the season's directorial corps. Around The Dial recommended Champions, Altered Carbon, and the second season of The Good Fight, and Dave wondered if the Is This Worse Than Jazz theme is worse than jazz. This week's Canon submission is -- surprise! -- the second in a row from submitter Lauren, as she aims for a two-fer with BoJack Horseman S02.E04, "After The Party." And Dan Cassino hopes we get lucky with another mash-up Game Time, Before & After II. Don't punch a hole in your car; an all-new Extra Hot Great to the rescue!

Show Topics Lead Topic Jessica Jones Around The Dial Champions Altered Carbon The Good Fight Is This Worse Than Joel Kinnaman Jazz? The Canon BoJack Horseman S02.E04: After The Party Winner and Loser of the Week Kim Kardashian Two actors on, and Deadline's coverage of, Grey's Anatomy Game Time Before & After Yet Again Show Notes The Splitscreen podcast Our first go-round with JJ in Episode 96