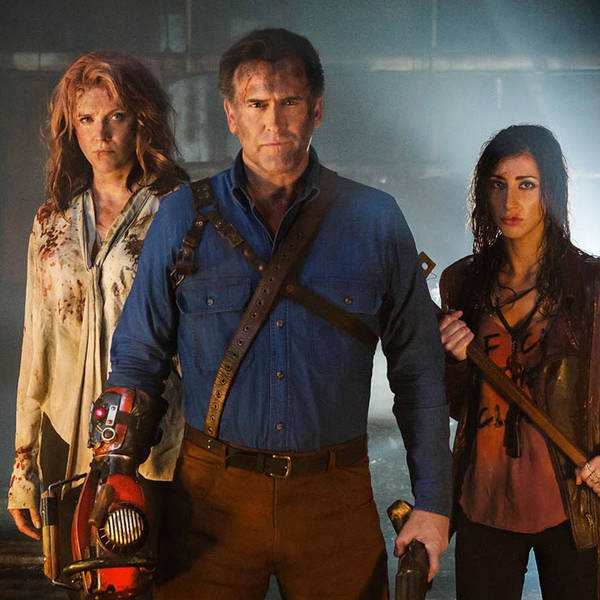 93: TV That Battles Ghouls Between Giggles

With Ash Vs. Evil Dead premiering on Starz and iZombie well into a strong second season on The CW, we felt it was time to bring back horror/comedy/horror-comedy fan (and iZombie correspondent) Eve Batey for a discussion of both. Liv delivers her final Face Off report on Season 9, and all of us share our thoughts on the season finale of Project Greenlight...until next week when we talk about The Leisure Class, the movie it spawned. Around The Dial stops at Nashville, Crazy Ex-Girlfriend, Scream Queens, Project Runway, and CBS's just-announced new Star Trek series. Patrick presents the 30 Rock episode "Cleveland" for induction into The Canon, and then after naming the week's Winner and Loser, it's on to a Game Time that takes us on a whirlwind trip around the world! Make sure your hand's screwed on tight, and then make sure your headphones are!