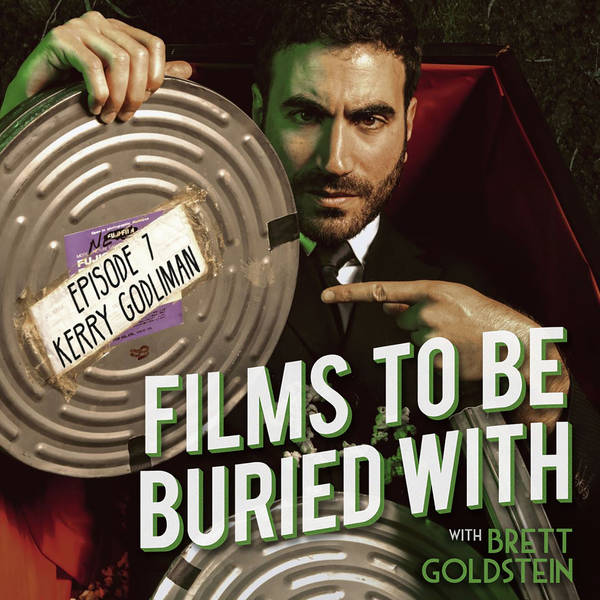 Kerry Godliman - Films To Be Buried With with Brett Goldstein #7

Ladies and gentlemen, welcome to 'Films To Be Buried With' with Brett Goldstein! Enjoy this week’s special guest, the fantastic acting and comedy superstar that is KERRY GODLIMAN!

Much fun to be had as Brett catches up Kerry (Brett’s on-screen wife in Derek among other roles), and discovers a whole lot about her and her wicked and weird movie selections which range all across the boards. A ton of ground covered as always, as the two get down to some fun and interesting subject matter (and subject natter) including the nuance between bulletpoints, beating Ali Wong to the punch by doing standup while pregnant, words of wisdom about not exposing kids to harsh films early (right on!), using kids as an excuse and the techniques therein, film nights with her folks, how she tends to steer clear of revisiting already watched films, an interesting horror film theory, committing to crying at films in front of the kids, “angrysad”, her wonderful deconstruction of a failed Ken Loach audition, a Christmas cinema experience in Chiang Mai and male and female friendships. So much fun. ENJOY!

• KERRY on THE INTERNET!