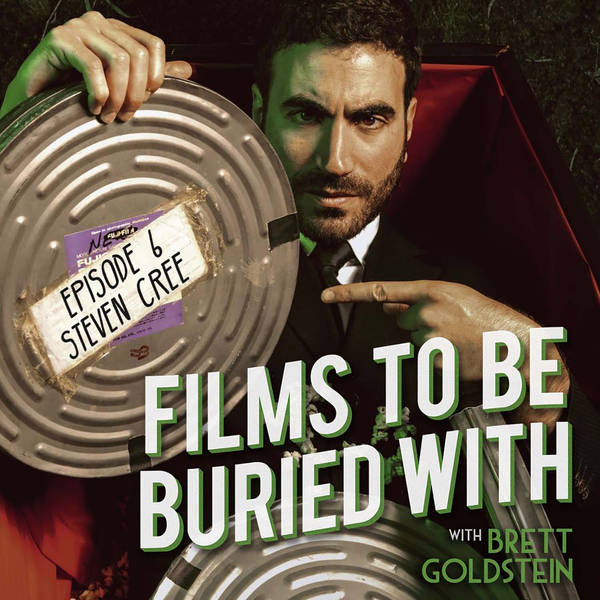 Steven Cree - Films To Be Buried With with Brett Goldstein #6

Ladies and gentlemen, welcome to 'Films To Be Buried With' with Brett Goldstein! Please welcome aboard the dark lord of Scotland, the actorial legend who is STEVEN CREE!

A powerfully fun episode for you this week as Brett catches up with acting pal Steven, star of many a film and show including the excellent ‘Outlander’ and, as you shall hear, the classic ‘John Carter’. Oh, you will hear about that one… It’s a fantastic and jolly one, on which Brett goes all the way in on history including Steven’s shows he performed in when he was a kid, his brother Derek’s influence on his career (and how funny Derek’s name is), being a wardrobe assistant to Brett, the reality or coincidence of spiritual moments, being placated after a rough show, the crazies of Los Angeles, quicksand, an amazing story about his worst film and - yes indeed - the one line that won’t quit… His role in John Carter… So enjoy. The episode is long… “and so too will the chuckling be yours, Earthman*”…

(* this will make sense in the fullness of time, trust me)