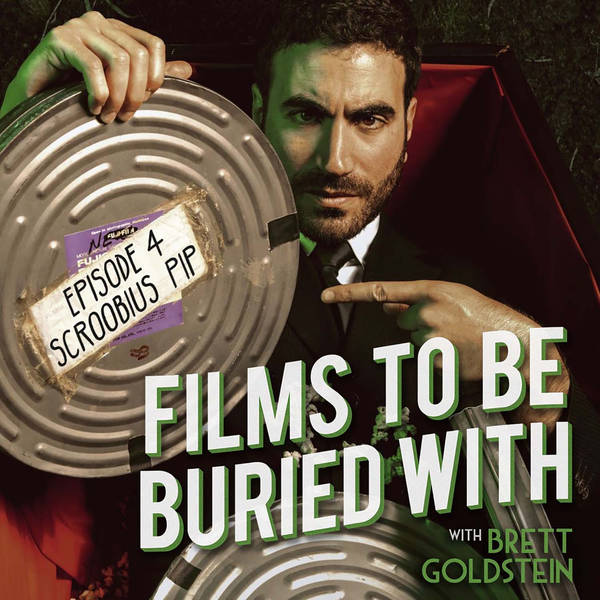 Scroobius Pip - Films To Be Buried With with Brett Goldstein #4

Ladies and gentlemen, welcome to 'Films To Be Buried With' with Brett Goldstein! Where some might say “three is the magic number”, or throw around tired phrases like “third time’s a charm”, THIS podcast does not deal with such nonsense and we go RIGHT on into episode 4 like it’s nothing. What a perfect treat of a guest this week too - yes indeed, it is the Distraction Pieces Network head honcho and label boss Mr Scroobius Pip!

Of course, on top of the music stuff, Pip is the goddamn man when it comes to podcasts - he heads the ‘Distraction Pieces Podcast’, which is well over the 12 million listens mark now and keeps on keeping on in much the same way. He is also very hooked up in the movie world, from being a fully fledged film nerd to running a film night at the Prince Charles Cinema to hatching into a proper actor! So you know you’re in good hands here with Brett and Pip - nothing but film geek goodness, which will go into how they got introduced to each other (their ‘meet-cute’ if you will), why Pip is referred to as Brett’s “frequent collaborator” on Wikipedia, end of year film lists, full on actor talk and process and all that good stuff, the weirdness of seeing the film you’re in for the first time, his own death scenario (in regard to Brett’s question which forms the basis of the podcast!) and his own outlook on life, death and the afterlife or lack thereof. It’s got it all, and you’ll be full to bursting at the end of this slammer of an episode. Strap in - this one GOES…