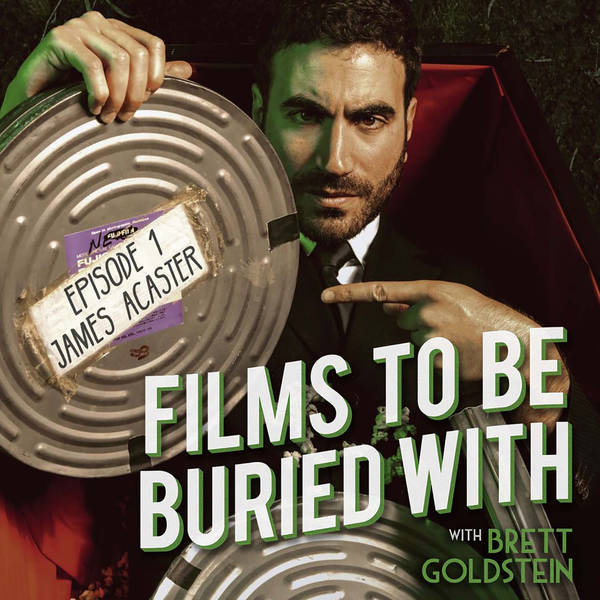 James Acaster - Films To Be Buried With with Brett Goldstein #1

Ladies and gentlemen, welcome to 'Films To Be Buried With' with Brett Goldstein! What makes this situation extra special is that you are on board from the ground floor - this is the VERY FIRST episode! Last week's was a teaser (which you hopefully managed to catch), but this is the full official debut. And what better way to kick things off with than by inviting comedian JAMES ACASTER aboard as the first guest!

Listen to Brett and James wade all the way into the deep end through life, death, afterlife, love, philosophy, childhood and all manner of delicious tangents, as Brett teases a huge amount of film selections out of James. Expect to hear about James's plot spoiling OCD as a kid, his Kettering/Banbury roots, an existential lost dinosaur theory, the pain and horror of open mic nights, horror movies, Edinburgh Fringe, New Zealand and a good amount of revelations and nuggets of inspiration. But so much more besides INCLUDING his epic four part Netflix special 'Repertoire'! PLEASE ENJOY!

• JAMES on THE INTERNET!