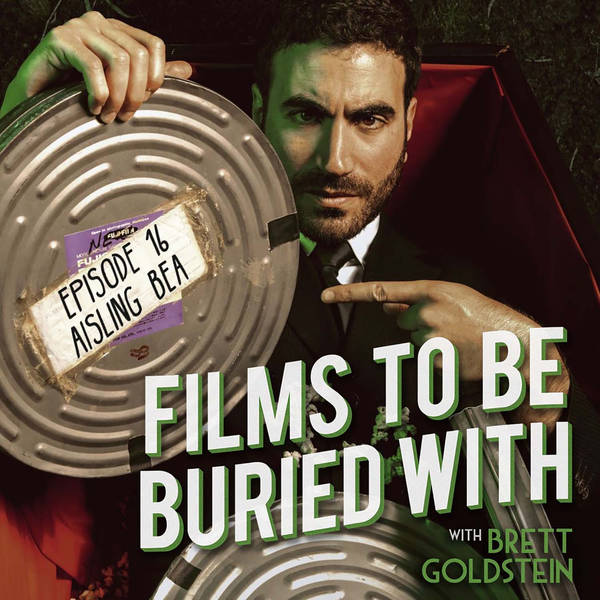 Aisling Bea - Films To Be Buried With with Brett Goldstein #16

LOOK OUT! It’s only Films To Be Buried With! Join your host Brett Goldstein as he and his guest go deep into the subject of mortality via cinema, and this week he is joined by the wonderful, the always hilarious AISLING BEA!

…or maybe we should call this episode the Brad & Ainsley show…? And why? ALL WILL BE REVEALED! Aisling is absolute podcast gold, and you know she holds it down on any given podcast so it’s a great chance to get into some depth on her film choices here to reveal even more angles. She’s not afraid to get into the woods about the rough stuff either so be prepared to enjoy the dark and the light right here, from her fearless approach to death having talked about it openly from a young age, to her preference over the TV box-set to films (which is why the other alternative title could be ‘TV Box-Sets To Be Buried With’) and her psychological evaluation of this preference, multi tasking while film watching, early and painful date memories, being ace at impressions but not getting the quotes right, how men love to quote - especially Simpsons (very true), how tough it is to act scared or specifically to act scared about something that’s not there, being horrified out of her mind and rightly so by a certain film which doesn’t need publicity here, her early days in a sketch show but having to develop her comic knowledge as she went along, and just a whole ton more - you know it’s a goody, and she and Brett get along lovely so enjoy this one! You surely will!

• AISLING BEA on THE INTERNET!

• AISLING BEA on THE GRIEFCAST!