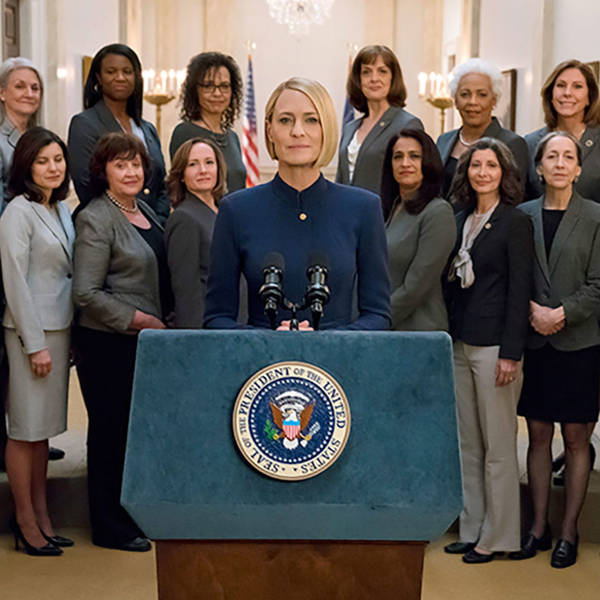 Netflix's political potboiler returned last weekend -- without its former linchpin in the Frank Underwood role. WE returned with first-time guest Kathryn VanArendonk to talk about whether this is the one Netflix-original season that actually felt too short; which is more egregious, Doug's beard or Claire's pregnancy pad; and what the franchise might have gained by just coming back in five years' time with all-new characters and no Spacey baggage. We went Around The Dial with Will & Grace, Superstore, The Shivering Truth, the original Rake, and Bodyguard before exclaiming, "Great Scott!" at the lives, loves, and butts of a first-season Outlander. Julianne Hough won, Alec Baldwin and Kevin James lost, Tara ad-ded value to the episode with her non-regulation Game Time. Fili-bust out your earbuds; it's an all-new Extra Hot Great.