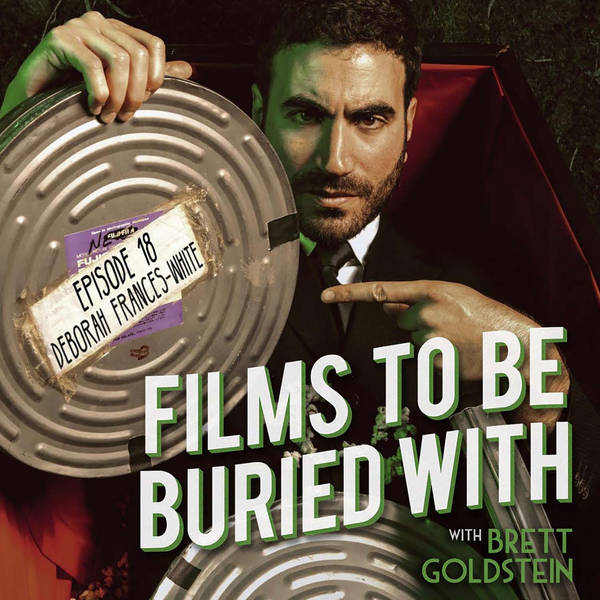 LOOK OUT! It’s only Films To Be Buried With! Join your host Brett Goldstein as he and his guest go deep into the subject of mortality via cinema, and this week he is joined by comedian, writer, podcaster and MORE, DEBORAH FRANCES-WHITE!

Great times to be had, as Brett and Deborah see their way through a funny, interesting, moving, provocative and far ranging conversation, covering a huge amount of bases including her own podcast ‘The Guilty Feminist’, the complexities of the problematic film Pretty Woman (and more), living on the cusp of showbiz and some good cusp talk, getting her own film made and the importance of having a nice, friendly set, her experience and history as a former Jehova’s Witness, her emotional experiences with film in class as a kid, salvation through Baz Luhrmann, some deep Hitchcock film theory, changing who you are and how to embody that, “I am a feminist but…”, and of course her film ‘Say My Name’! See? Loads. Get yourself some Deborah time in your life.