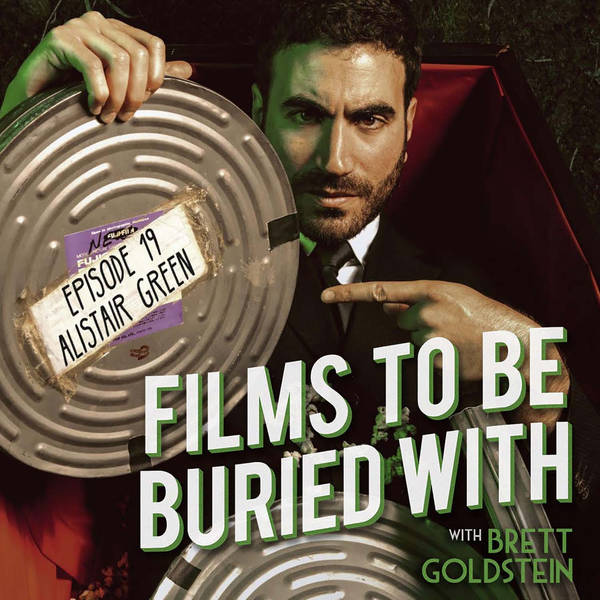 Alistair Green - Films To Be Buried With with Brett Goldstein #19

LOOK OUT! It’s only Films To Be Buried With! Join your host Brett Goldstein as he and his guest go deep into the subject of mortality via cinema, and this week he is joined by comedian, writer, and good friend - not to mention favourite stand-up of Brett’s, it’s ALISTAIR GREEN!

No, it is the not the Reverend Al Green, but the very hilarious Alistair, whom Brett has been down with since a good long while ago. So you can expect some good old fashioned dizzy good times from the pair as they get deep into the whole existential mess of cinema and life, with some equally good old fashioned chatter and banter in between. Beginning on the entirely relatable note of hard times at the local cinema - mainly fuelled by members of the public engaging in very non-cinema appropriate behaviour, which progresses into general airing of grievances, we move onto the food chain, aliens and monsters, some sea talk regarding how bloody terrifying it is, PG certificate vs 12, and his hatred of “charming” or “slick” films. If you do not know Alistair, prepare to add him to your new pal list. If you already do, head straight up to the VIP section and ENJOY!