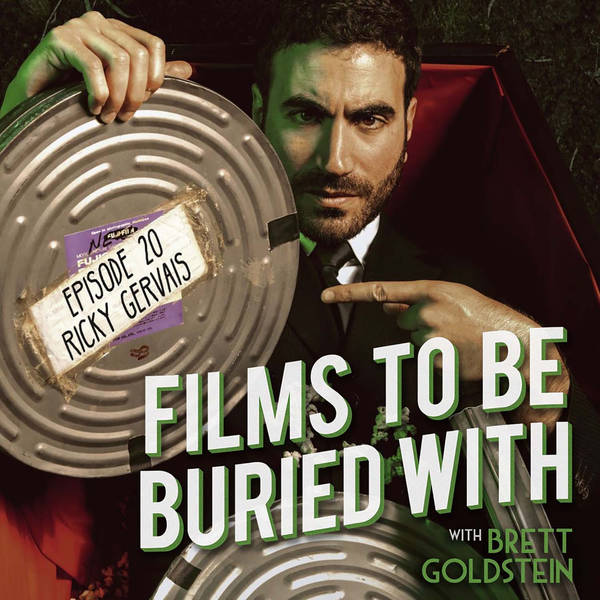 Ricky Gervais - Films To Be Buried With with Brett Goldstein #20

LOOK OUT! It’s only Films To Be Buried With! Join your host Brett Goldstein as he and his guest go deep into the subject of mortality via cinema, and this week he is joined by all round legend we’ve been waiting for - yes people, it’s RICKY GERVAIS!

Brett’s been hinting at it for a minute now, and the time has finally come - listen with glee as he chops it up with old pal Ricky, who is admittedly nervous at the start as he understand the weight of importance of this podcast ALL TOO WELL. Many have fallen along the way… So he knows what he’s up against. Brett puts him at ease perfectly from the beginning, and the two get down to it launching headfirst into it all, including being at home watching films on a plane, Scandi-love and subtitled programmes, Netflix goodies, pitching a new name for the podcast (’TV Shows To Be Buried With’ - wonder what that would involve…?), the difference between best and favourite, good afterlife chat, early experiences with sadder cinema, fear of guns on set (understandable), how he is the “one-take cryer”, and a world more besides. Enjoy this long chat with Ricky, not often you get to hear him like this and it’s a true pleasure. Listen, enjoy, share, and listen again!