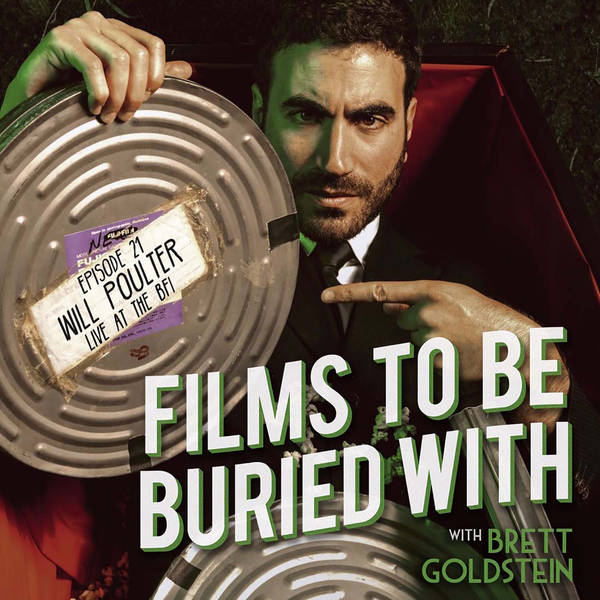 LOOK OUT! It’s only Films To Be Buried With! Join your host Brett Goldstein as he and his guest go deep into the subject of mortality via cinema, and this week he is joined by one of the UK’s finest in the game, it’s WILL POULTER! Not only that - this week is a live special recorded at the BFI! DOUBLE BONUS!

Hopefully some of of you will have made it down to the excellent day-long podcast festival ‘Podstock’ at the BFI, with a stellar line up of live shows and goodness from start to end. If you didn’t, here’s your chance to catch up on the fun, where the Films To Be Buried With podcast closing out the day’s entertainment in full on grand style! Brett is joined by superstar actor and all round lovely dude Will Poulter, as they get down to the topics of life, death and film, all intercut with some awesome anecdotes and wisdom from Will and general good times had by all. This is basically the entire show, with a few small edits for audio (as, obviously, you can’t see the stage on this podcast - so some things wouldn’t have made a lot of sense without the visuals!), so please, ladies and gentlemen, enjoy this packed show and get to know Will Poulter even better than you did before! Massive shouts to Will for donating his fee to the Parkinson’s Foundation, and of course, to the BFI crew for doing what they do, which is a lot and it’s all amazing. Bless!