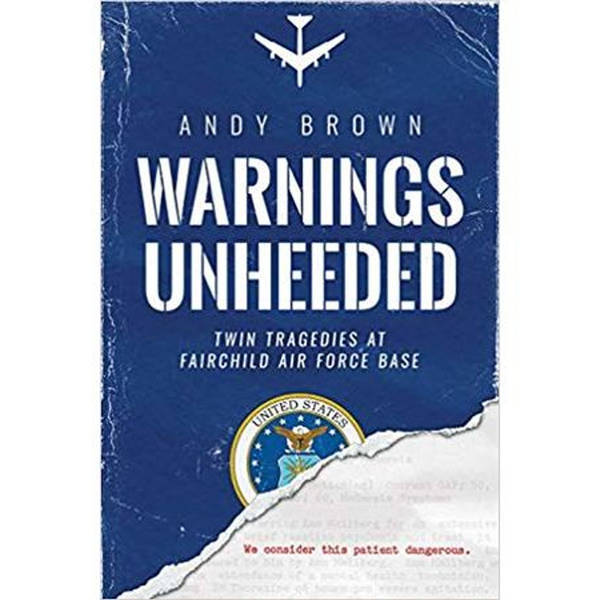 The true story of Air Force men and women who struggle to prevent a mass murder and an aviation disaster, and their heroic response to both tragedies when their warnings go unheeded.

Have you ever heard someone say that a tragedy struck without warning?

On 20 June 1994, a former airman sought vengeance with a rifle at the Fairchild Air Force Base hospital. Four days later a rogue pilot crashed a B-52 outside of Fairchild's Nuclear Weapon Storage Area. Both tragedies had been predicted and repeatedly warned about.


Warnings Unheeded is a rare look inside the troubled mind of a would-be active shooter. It is an exclusive look at a talented pilot whose dangerous flying prompted aircrews to refuse to fly with him. It is a look at the leadership culture that allowed both men to travel unchecked on the pathway toward destruction.


This unique true-crime book reads like a suspense novel, densely packed with details garnered from medical records, police reports and first-hand accounts obtained from journal entries, letters, witness statements and personal interviews. These empowering stories detail the heroic response to the tragedies, the events that lead up to them, the precursors of violence and disaster and the traumatic aftermath.


Written by Andy Brown, the man who ended the hospital killing spree. Brown's narrative focuses mainly on others, including the heroic life-saving actions of hospital patrons and staff, but he also describes the preparations he made which enabled him to win a pistol-versus-rifle gunfight as well as his own experience with the effects of trauma. WARNINGS UNHEEDED: Twin Tragedies at Fairchild Air Force Base-Andy Brown