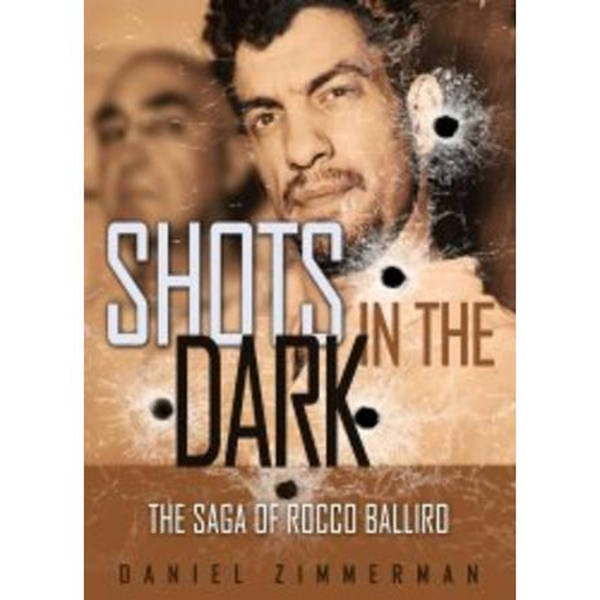 SHOTS IN THE DARK-Daniel Zimmerman

On a cold, winter’s night in early 1963, mob enforcer Rocco Anthony Balliro and a pair of associates stormed a darkened apartment on the outskirts of Boston and engaged in a fierce gun battle with several assailants (police officers, it turned out) waiting in ambush for the ex-convict and recent prison escapee. In the aftermath, a young woman and her toddler son lay dead.

The story of Rocco Balliro, a petty criminal and enforcer for New England crime boss Raymond L.S. Patriarca, played out in glaring headlines across the country following the shootout with the Boston police. Had he heeded the commands of the cops to drop his weapon, Rocco would not have spent the next fifty years behind bars, and his girlfriend and her son might still be alive today. Instead, he fired the gun, erupting death and mayhem in the apartment. In the aftermath of the shootings, all fingers pointed at Rocco. But he would maintain his innocence in the death of his girlfriend and her son for the rest of his life, though plagued with lingering questions.

Did he fire the deadly bullets or did they come from another source? Did he unknowingly kill the pair or was he simply guilty of an ill-advised home invasion? What was the police’s true involvement?

Balliro agreed to meet with the author over the span of a couple years. Along with countless tales of criminal escapades, Balliro handed over reams of documents, correspondence, and clippings related to his life and the alleged crime that put him behind bars, while Balliro arranged for meetings with many of his family members and associates.

This is Rocco’s own story of his life. But most importantly, it is his version of the events from the night of February 2, 1963, in a Boston suburb, and his profession of innocence until his dying breath. SHOTS IN THE DARK: The Saga of Rocco Balliro-Daniel Zimmerman