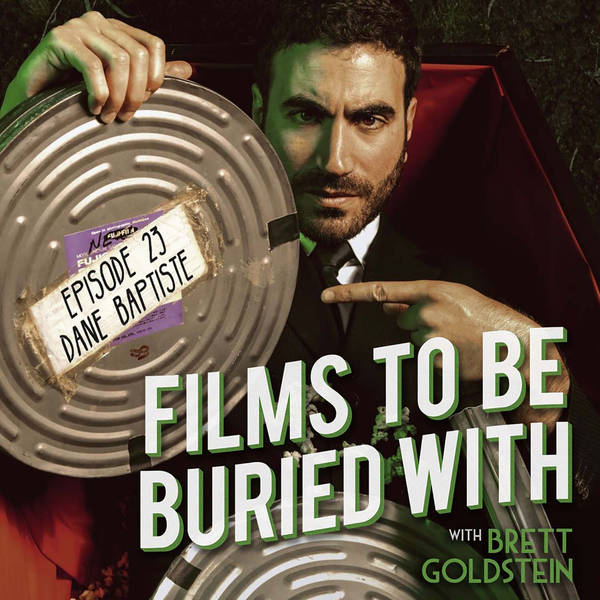 Dane Baptiste - Films To Be Buried With with Brett Goldstein #23

LOOK OUT! It’s only Films To Be Buried With! Join your host Brett Goldstein as he and his guest go deep into the subject of mortality via cinema, and this week he is joined by comedian and fully trained sharp-eyed popular culture sniper DANE BAPTISTE!

…but POP CULTURE IS NOT YOUR FRIEND.

Now we have that out of the way, you’re all set to get VERY deep into all kinds of rabbit-holes from where Dane will pluck you and then show you the inner-workings of the matrix that is around us… A fascinating chat, which includes some goodies involving Dane discovering his own creative journey ahead of him, theories on all sorts (death, cinema, culture, the lot), being raised by women and the “boys don’t cry” attitude, hood films, the secrets behind the media, 90’s black stereotypes in film, the importance of representation, guns, martial arts, and just all manner of jewels being strewn around all over the shop. Marvellous. Take your Limitless pills and hold on tight - this is a heavy one! Oh, shoutouts to Showgirls, Wesley Snipes and To Wong Foo too.

• DANE on THE INTERNET!