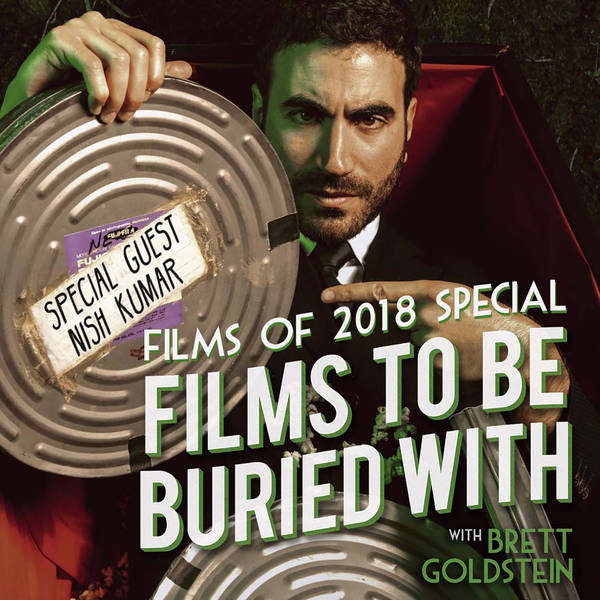 LOOK OUT! It’s only Films To Be Buried With! Join your host Brett Goldstein as he and his guest go deep into the subject of mortality via cinema, and this week it’s the FILMS OF 2018 SPECIAL - not only that, the special guest is the wonderful NISH KUMAR!

Yes indeed - Nish is back from the dead, fully resurrected and reanimated and ready to talk films of yesteryear with Brett, and what a selection they have to choose from… It was a tough job for sure but I’m confident you shall enjoy their selections and reasons behind the picks. The only rules are that the films are between the 1st of January and 31st of December 2018, and while this unfortunately automatically disqualified The Favourite (released 1st January 2019), the lists are VERY strong. Through their film choices you’ll also catch a glimpse of how these films affected them personally, as there were a handful of films released in 2018 which truly hit home and hacked into our emotional switchboards in all kinds of ways. Prepare to get emotional, excited, hopefully not angry, but definitely inspired to watch or rewatch these modern day classics! So - live from the very messy flat of Mr Nish Kumar (Brett’s serial killer flat was, ummm, otherwise engaged), please enjoy this thorough and skilfully picked list of cinematic greatness from 2018!

• NISH KUMAR on THE INTERNET!