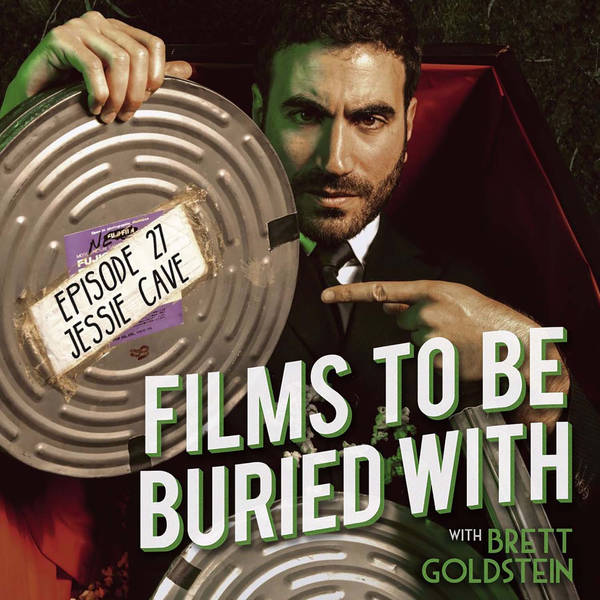 Jessie Cave - Films To Be Buried With with Brett Goldstein #27

LOOK OUT! It’s only Films To Be Buried With! Join your host Brett Goldstein as he and his guest go deep into the subject of mortality via cinema, and this week he is joined by the vibrant and inspirational energy of creative multi-threat JESSIE CAVE!

THE MOST REQUESTED GUEST IS NOW HERE! A thorough and very satisfying journey through not only her film picks, but also her creative process and life as a whole. You’ll get a very detailed and interesting view of how her personal life feeds into her creative work, and fuels her process which will inspire and motivate you to get cracking on your own projects! Beginning with a nice breakdown of her ’Sunrise’ show, touring in the very near future near you (which you absolutely must see), you’ll hear how in fact Jessie is Brett’s nightmare of a cinema companion (bathroom breaks, chatter and so forth), how she gradually chiselled away at her show and refined it all, the madness of social media which I’m sure we now can all fully relate to, the inner workings of her past relationship and a whole ton more - so much going on, you’ll love it. Get involved - enjoy Jessie Cave!

• JESSIE on THE INTERNET!