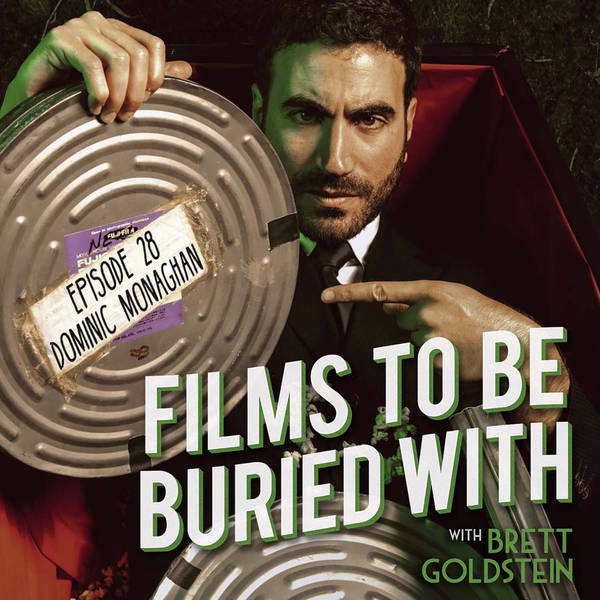 Dominic Monaghan - Films To Be Buried With with Brett Goldstein #28

LOOK OUT! It’s only Films To Be Buried With! Join your host Brett Goldstein as he and his guest go deep into the subject of mortality via cinema, and this week he is joined by the heavyweight of TV and cinema - Merry, Charlie, Simon, whoever you might know him as best - it’s DOMINIC MONAGHAN!

A wonderful get together with Brett and Dominic (Lost! Flashforward! Lord Of The Rings! MORE!), as the two get acquainted over life, death and film, and in this case even some plant based hallucinogens. We catch Dom in his hotel room while on a brief break filming the new Star Wars (not being filmed IN his hotel room, you understand), giving he and Brett ample time to get down into subjects such as making the most of his experience filming Star Wars and being present for it, existential crises, ayahuasca and DMT, his father’s botany expertise (which could trickle into Dom’s own plant leanings), being fiercely agnostic, how he is the link in the chain to a lot of blockbuster movies, his meditation practises and gratitude, and how he’s watched The Empire Strikes Back over 200 times. So it’s fitting that he’s starring in that new Star Wars! Excellent stuff, which branches out nicely from cinema but always gets tied up with a neat bow. Enjoy Dominic Monaghan!

• DOMINIC on THE INTERNET!