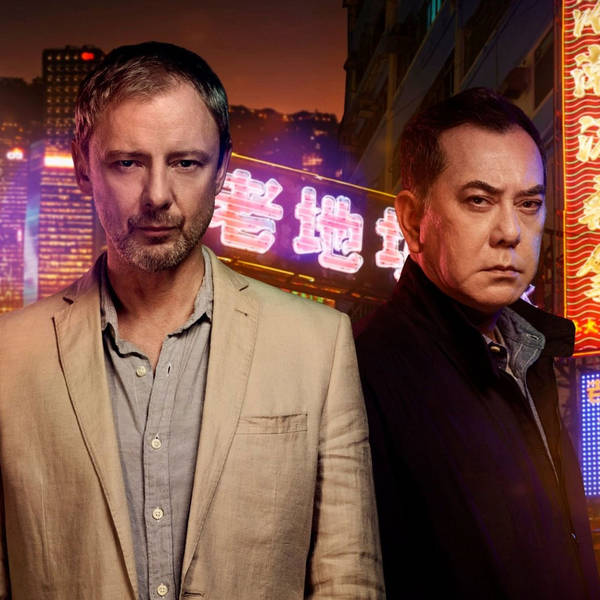 238: Should You Chase White Dragon?

Amazon's import from ITV, White Dragon, is about a life and marriage that isn't what it seemed...and unfortunately, that's a meta comment on the show, because it seemed good, but was not. Allison Lowe Huff returns to discuss the show's first dumb, then too-Bond protagonist; the actors we didn't see enough of; and the Lost-ish Hydra of questions and puzzles. Then we moved on to a mini-Wheel of Murder and recommended overseas crime shows we DID like, including a French Agatha Christie, a Japanese Sherlock Holmes, a Spanish Ocean's 11, and the pretenders to Happy Valley's throne. And we STILL had yet to go Around The Dial to discuss One Day At A Time's third season, American Soul, the Studio 54 doc, and the Big MouthValentine's special! After Caroline hit us with an EHG-history game in her Extra Credit, we were...Charmed by a listener's Canon presentation. The Other Two won, NBC lost Bob Costas, and it's all about location in a very stately Game Time. Don't lose your passport: it's time to visit an all-new Extra Hot Great.