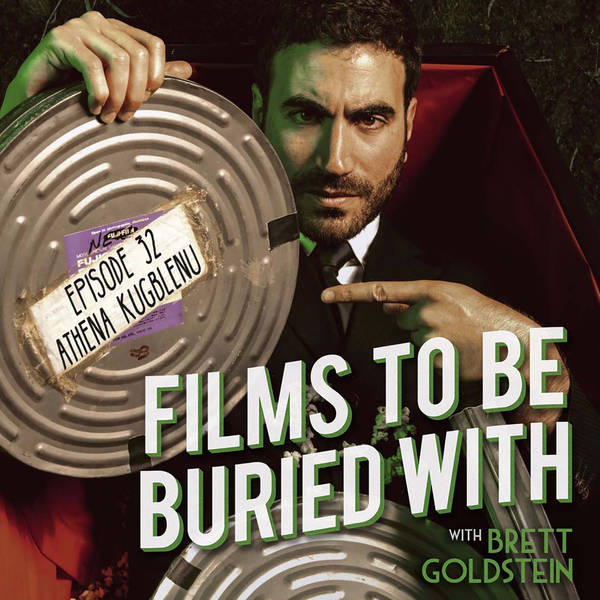 Athena Kugblenu - Films To Be Buried With with Brett Goldstein #32

LOOK OUT! It’s only Films To Be Buried With! Join your host Brett Goldstein as he and his guest go deep into the subject of mortality via cinema, and this week he is joined by the awesome comedian and writer ATHENA KUGBLENU!

Surely one of the most hardcore Films To Be Buried With guests at that, as Athena is mere days after giving birth - that’s some solid dedication to the craft of podcasting right there! And we are blessed by her golden presence, as Brett sets things off proper from the get go, which provides us with gem after gem including her brand new motherhood role, attending the cinema with her then unborn baby and working out what it responded to, how she enjoys her horror movies with a cup of sweet tea at the end (that’s actually a perfect combo) and SO much more… How much more? Well, the question “What in the world happened to Billy Zane?” gets posed, and also Athena makes Brett very angry - why, you may ask? Oh… You’ll find out… While films get spoiled all over the shop in the podcast, this writeup is a spoiler-free zone, people. ENJOY ATHENA!

• ATHENA on THE INTERNET!