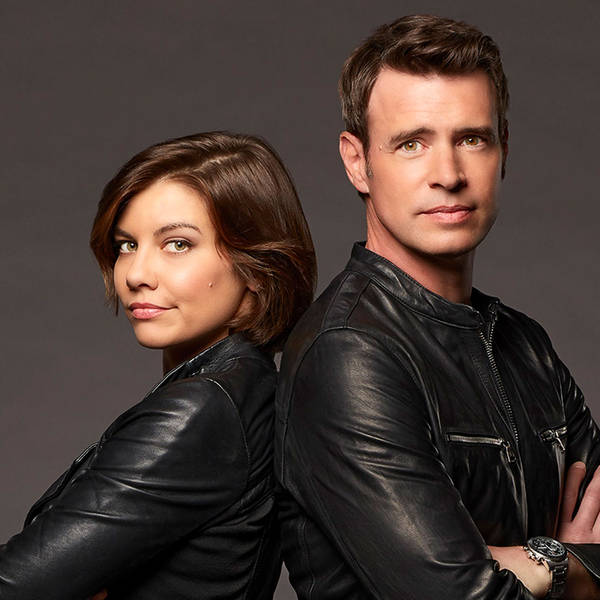 240: Proposing A Toast To Whiskey Cavalier

Does Whiskey Cavalier seem familiar? And is it because ABC is trying to clone Castle again, some more? That's returning guest Kathryn VanArendonk's theory, and the regulars are inclined to agree -- but we also agree that, although the new spy drama isn't prestige TV and doesn't make sense all the time, it's also pretty good and doesn't take itself too seriously, and once Lauren Cohan learns how to handle a gun (and stop looking like Countess Luann from RHONYC), it's got a bright future. After we downed those shots (fired), we went Around The Dial with Desus & Mero, a High Maintenance complaint, The Magicians, Schitt's Creek, Grace & Frankie, and Taskmaster before personalizing our own The Good Places in an Extra Credit for Erica. Tara accepted a months-old Canon challenge from Dave when she tried to get a King Of Queens episode crowned for the Canon, before a boy-band alliance was declared a Winner, another King (of Pop's estate) tried to make a Loser out of HBO, and sad songs said TOO much about Game Time. Hide a knife in your boot and get ready for an all-new Extra Hot Great.

The EHG gang have been recording this podcast for almost a decade now. In podcasting terms, that makes us positivity Methuselahian. Since the start of EHG, our listeners have asked if we had a tip jar or donation system and we'd look at each other and say surely that is a joke, people don't pay other people to do podcasts. We'd email them back "Ha ha ha, good one, Chet" and go about our business. Now we are told this is a real thing that real nice people do. Value for value? In today's topsy turvy world? It's madness but that good kind of madness, like when you wake up a 3:15am and clean your house. Or something.In all seriousness, we are humbled by your continued prodding to get a Patreon page up for EHG and here it is! Extra Hot Great on Patreon