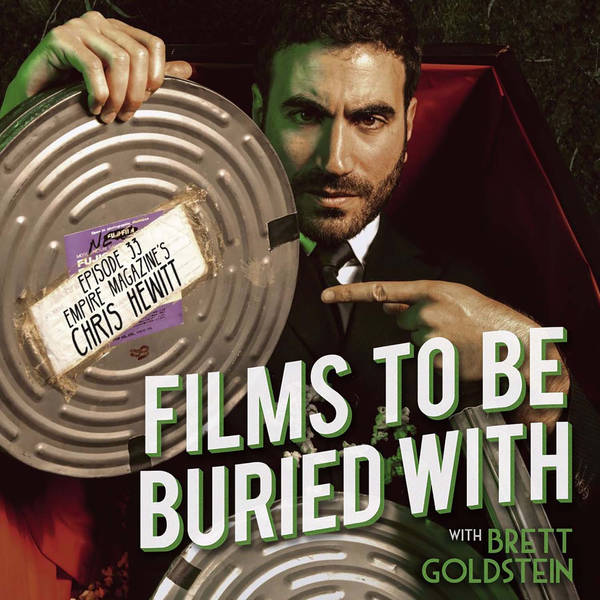 LOOK OUT! It’s only Films To Be Buried With! Join your host Brett Goldstein as he and his guest go deep into the subject of mortality via cinema, and this week he is joined by the celebrated Empire Magazine writer CHRIS HEWITT!

A surprisingly mischievous episode at that, my my… All fun and games though, as Brett and Chris get down and dirty and give you the goods on all angles of cinema and film criticism, including his way to the magazine itself, his exceedingly accurate review of Brett’s film Superbob, how the whole film industry should take a year off so we can all catch up, his awfully embarrassing made-up death scenario, his early days of film-making (described in about as high a level of self-deprecation as you can get), his emotional uncorking after some very personal and close death experiences, and how his partner does not share his love of horror films by any means. Such an enjoyable one this, so please, have fun getting to know Chris!

(NOTE! Hereditary spoiler at around 41 minutes or so... Be alert!)