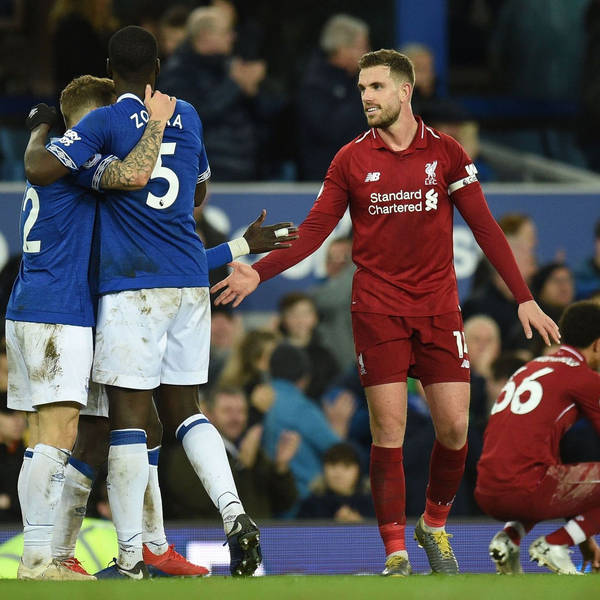 Royal Blue: Why Everton's derby draw deserved to be celebrated - and the importance of the Goodison Park crowd

There's an upbeat mood in the air for the latest Royal Blue podcast, hosted by Phil Kirkbride and featuring Adam Jones and Chris Beesley.
While Everton may not have ended their long wait for a Merseyside derby win, there was a lot to be positive about the performance on Sunday and the panel explain why the draw was so celebrated and why it should not be dismissed.
That leads on to the role Blues boss Marco Silva played in the outcome and his tactical battle with opposite number Jurgen Klopp, who of course fanned the flames going into the game with his 'World Cup final' comments.
Chris was actually in the room with Klopp at the moment he made them and offers an interesting insight into the mind of the Liverpool manager.
The panel also have plenty of choices when it comes to naming a man of the match for Everton while they also tackle a very tricky recruitment question.
Then a large part of a must-listen podcast is dedicated to the incredible atmosphere generated by Blues supporters at Goodison Park on Sunday.
Phil, Adam and Chris discuss why it was important and why, over the long-term, it could prove a real difference for the players.
And there's also time to praise Everton and England's number one.
Enjoy. For information regarding your data privacy, visit acast.com/privacy