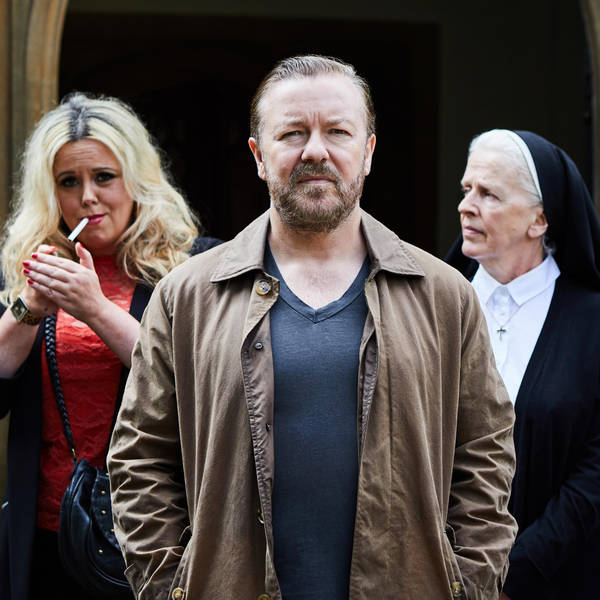 Ricky Gervais has brought us another sitcom and dared us to reject both it and him; Will Leitch has returned to accept the challenge. Around The Dial clicks through Good Girls, Creative Galaxy, and Call The Midwife, before Dave and Tara take on a Taskmaster task for Extra Credit. Will presents Nathan For You's "Finding Frances" for the Canon; we crown the week's Winners and Losers; and then we finish "That's What It's Called?" in Game Time. Take a break from mourning and join us!

The EHG gang have been recording this podcast for almost a decade now. In podcasting terms, that makes us positivity Methuselahian. Since the start of EHG, our listeners have asked if we had a tip jar or donation system and we'd look at each other and say surely that is a joke, people don't pay other people to do podcasts. We'd email them back "Ha ha ha, good one, Chet" and go about our business.Now we are told this is a real thing that real nice people do. Value for value? In today's topsy turvy world? It's madness but that good kind of madness, like when you wake up a 3:15am and clean your house. Or something. In all seriousness, we are humbled by your continued prodding to get a Patreon page up for EHG and here it is! Extra Hot Great on Patreon