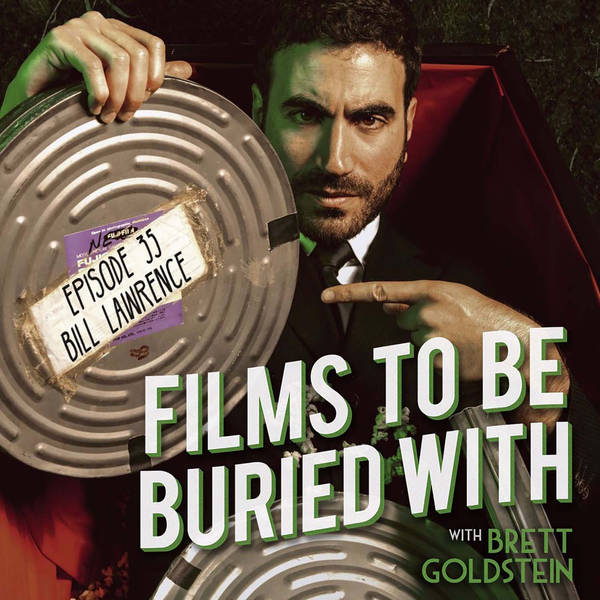 Bill Lawrence • Films To Be Buried With with Brett Goldstein #35

LOOK OUT! It’s only Films To Be Buried With! Join your host Brett Goldstein as he and his guest go deep into the subject of mortality via cinema, and this week he is joined by director, producer, screenwriter and show runner BILL LAWRENCE!

“Everything goes my way…”

A truly enjoyable chat with Bill, who - as you’ll hear - is responsible a great chunk of amazing US television from the past few decades. From Spin City to Scrubs, Clone High to Cougar Town and his newest creation Whiskey Cavalier, you’ll find Bill’s name in there proud and centre. As ever, the sit down convo enjoys many a tangent, ranging from some ‘inside baseball’ details, Brett’s casting in a Bill creation pilot a while back, the character board and the dynamics of a cast, his additional work as puncher up of scripts, the deep connection between him and his father, the old chestnut of separating art from the artist and whether we can do that these days (often, no), the two sources of comedy, the duality of his parents backgrounds, the occasionally manipulative nature of Scrubs and a whole lot more. Brilliant stuff, a bubbly and enjoyable gem of an episode! KARAOKE MAN, WHERE YOU BEEN?!?!