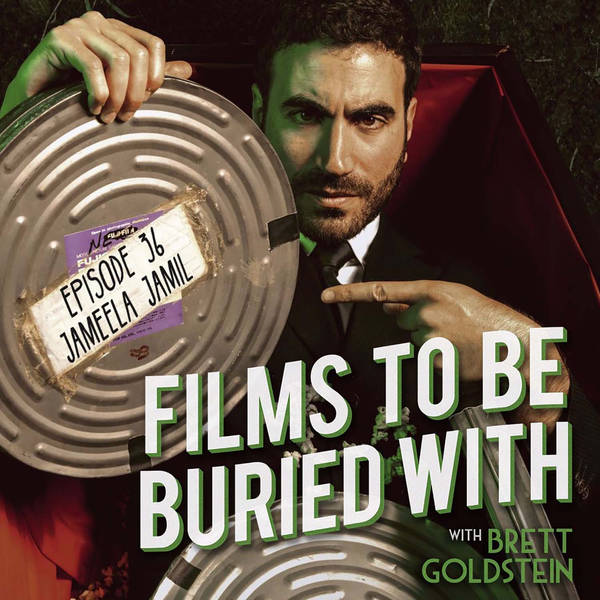 Jameela Jamil • Films To Be Buried With with Brett Goldstein #36

LOOK OUT! It’s only Films To Be Buried With! Join your host Brett Goldstein as he and his guest go deep into the subject of mortality via cinema, and this week he is joined by national treasure, actor, comedian, writer, presenter, model and activist JAMEELA JAMIL!

“You’re giving people a timeout from their lives, and sucking them into fantasy, and that’s so noble to me…”

An incredible chat session with Brett and Jameela, and definitely one which really displays the essence of what Films To Be Buried With is all about. Life, death, cinema. And who better to talk about such subjects as an actor on a show about the afterlife! From her humble beginnings back in the days working in a video shop (complete with a well stocked ice-cream fridge), to presenting a music show on Channel 4 to then getting into comedy, and now full on acting in ‘The Good Place’ and more, she’s also become a very powerful voice in the world of activism with her amazing positive campaigning against the weird world of celebrity diets, fat-shaming and many other vile elements in mass media. Basically Jameela is a superhero living among us. So let us celebrate her, as we hear about her show The Good Place and being on the cusp of series 4, Ted Danson, the costs of activism and balancing the benefits, how it seems the world has been listening to her since she lost weight, karma, the afterlife, ET-based grief therapy and what Macaulay Culkin has to answer for in her fear of bees (and what scrapes said fear has gotten her into). Glorious! ENJOY!

• The I WEIGH movement!