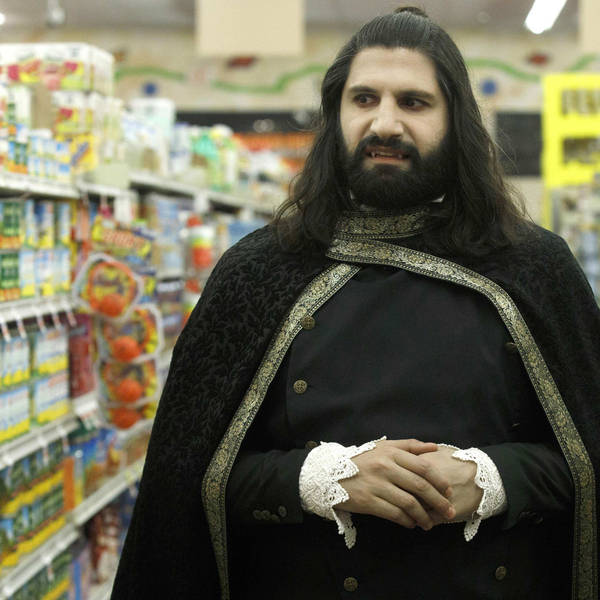 243: Having A Bloody Great Time With What We Do In The Shadows

FX has adapted the 2014 vampire mockumentary film What We Do In The Shadows as a TV series: does it have the same bite as the original? Nick Rheinwald-Jones returns to discuss! Around The Dial spins through The Village; Playing House alumni Lennon Parham and Jessica St. Clair's live UCB improv show; Season 3 of The Good Fight; and commonwealth news spoofs This Time With Alan Partridge and Get Krack!n. Tara celebrates a Taskmaster-related Tiny Triumph before pitching the Frasier episode "The Matchmaker" for induction into The Canon. We crown the week's Winner and Loser, and then close up with a Game Time that challenges us all on our spelling ability. Close all your blackout curtains and listen in!