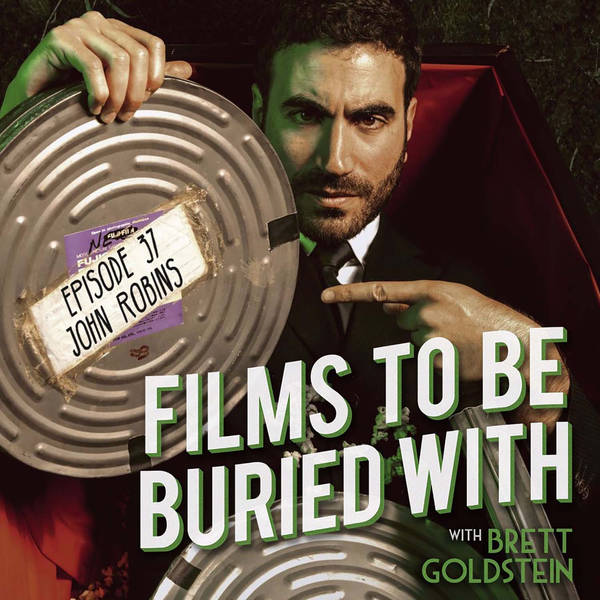 John Robins • Films To Be Buried With with Brett Goldstein #37

LOOK OUT! It’s only Films To Be Buried With! Join your host Brett Goldstein as he and his guest go deep into the subject of mortality via cinema, and this week he is joined by comedian, podcaster and presenter JOHN ROBINS!

Lots of good times to be had with Brett and John, which is all right here for your listening enjoyment! John is well into his films, so much so he has a long list of Kermode’s recommendations at hand (a wise move - maybe throw some suggestions at him yourself why not!) and has a fine history of film watching as you will hear. So as the two approach a good amount of conversational bits and pieces including the locked grooves of being a film critic, the many problems of HD and the effect it has on the feel of a film, to him being a very solutions oriented fellow, to all kinds of tangents besides, you’ll have a great old time in the company of John Robins - enjoy! Oh, and when you hear a sound almost like an old phonograph record or a roasting chicken, it’s just John vaping. We didn’t add extra foley effects. Although that would be kinda fun…?