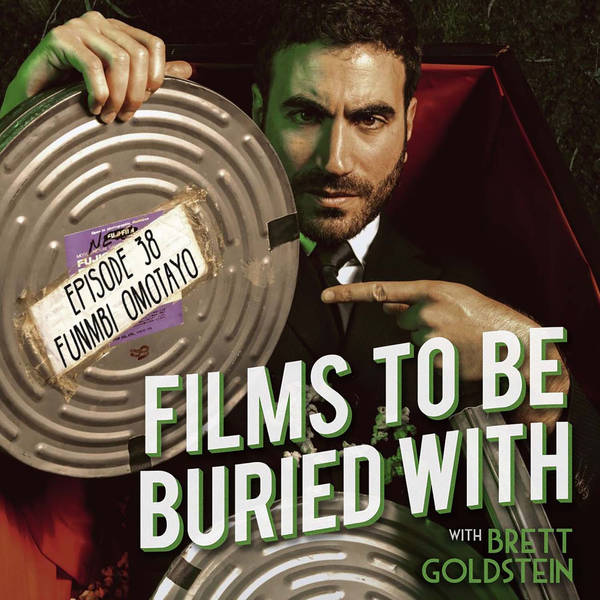 Funmbi Omotayo • Films To Be Buried With with Brett Goldstein #38

LOOK OUT! It’s only Films To Be Buried With! Join your host Brett Goldstein as he and his guest go deep into the subject of mortality via cinema, and this week he is joined by the wonderful comedian FUNMBI OMOTAYO!

A really enjoyable and uplifting episode with the radiant Funmbi, who is pretty much universally regarded as an all round nice guy - and this episode should only serve as evidence of this! However, as we hear, the nice guy image can be tough to break out of, especially in the world of standup. He and Brett get deep into this of course, but you can expect some full on entertaining film chatter as well as comedy nuggets and gems, including Funmbi’s beginnings in comedy and developing his comedic chops for all kinds of rooms and environments, living in Nigeria at an early age and being involved in film clubs which, at that time, was all about VHS tapes, how one must commit to one’s VHS renting choice whereas in streaming you can jump around, attending drama school in Canada, not being into horror and opting more for the superhero side of things, relatable bad guys and SO MUCH MORE! It’s proper jam packed, and Funmbi’s led a crazy interesting life so you’ll definitely get down with this one, ladies and gentlemen. The nice guy of comedy, Funmbi Omotayo!