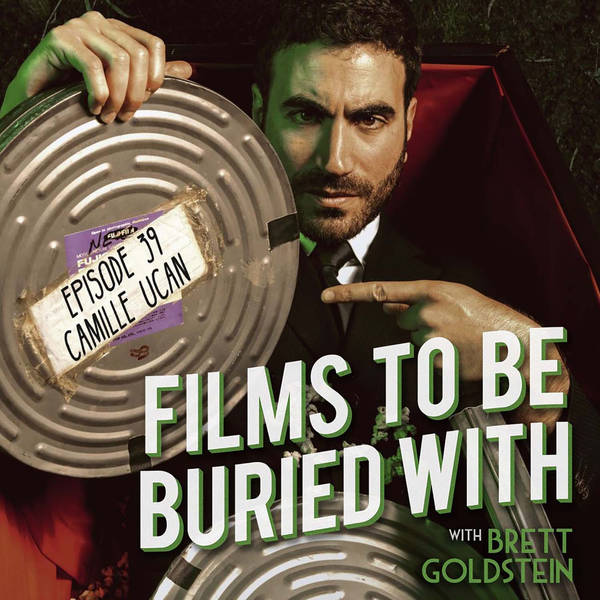 Camille Ucan • Films To Be Buried With with Brett Goldstein #39

LOOK OUT! It’s only Films To Be Buried With! Join your host Brett Goldstein as he and his guest go deep into the subject of mortality via cinema, and this week he is joined by the wonderfully great comedian (sketch, standup, all sides), actor and podcaster CAMILLE UCAN!

If you don’t already know Camille, prepare to make your newest friend by the end of this as she is a true diamond guest! You may have made her acquaintance as part of sketch comedy crew ‘The Birthday Girls’, alongside Beattie Edmonson and Rose Johnson, or perhaps you’ve seen her in Lee & Dean (among tons of other appearances), but here’s a perfect chance to hear her film picks and get deep into the existential madness that is life itself. Amidst the good times you will get to hear about Camille’s death anxieties (which are triggered by films, making her the true perfect guest on this podcast!), her times staying with Brett up in Edinburgh during Fringe times, her tolerance to horror which she does not share with her husband by any means, whether her singing is up to par with Brett’s movement (including a Curb Your Enthusiasm-worthy audition story) and how she doesn’t watch films twice. There is so much more besides of course, and you will enjoy the hell out of this one. Ladies and gentlemen, Camille Ucan!