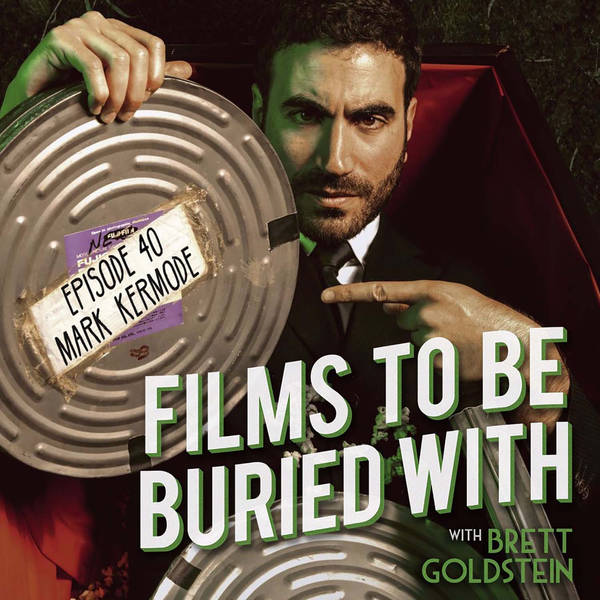 Mark Kermode • Films To Be Buried With with Brett Goldstein #40

LOOK OUT! It’s only Films To Be Buried With! Join your host Brett Goldstein as he and his guest go deep into the subject of mortality via cinema, and this week he is joined by author, film critic royalty and Wittertainment champ MARK KERMODE!

This is the one you’ve been waiting for, ladies and gentlemen - a proper sit down with Mark, this time joined NOT by Simon Mayo, but by Brett Goldstein! This is Films To Be Buried With perfection, as anyone with even a passing interest in cinema has surely fallen in love with Mark’s podcasts and books, and it’s such a great chance to hear him talk at length about those favourites of his along with a healthy dose of sprinkled in gems and treasures from his life in film criticism. From being a fan of cold water swimming (I hope Mark is familiar with Wim Hof, that’s a team up waiting to happen), to The Exorcist (a lifelong obsession), to crying in cinemas, to meeting his wife aka “the good lady professor her indoors”, to the fetishistic act of loading a film onto a projector, to old cinemas, and ultimate salvation through film. This is everything you expected and more - you’ll love it, so settle in and enjoy - and get ready to take some notes too, you’ll definitely have a few recommendations lined up after this one…

• MARK's LATEST BOOK 'How Does It Feel'!