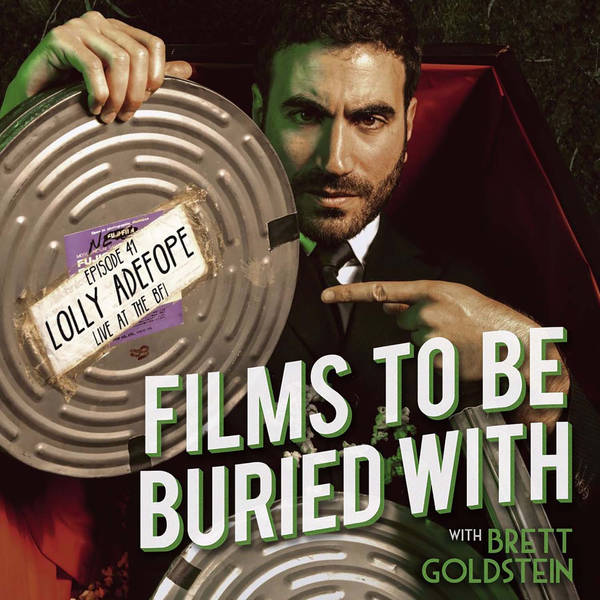 LOOK OUT! It’s only Films To Be Buried With! Join your host Brett Goldstein as he and his guest go deep into the subject of mortality via cinema, and this week he is joined by the awesomely hilarious comedian and actor LOLLY ADEFOPE!

NOT ONLY THAT! This whole meeting takes place LIVE within the plush confines of the South Bank’s BFI! This is the second live Films To Be Buried With so far, and it’s a smash for real, as Lolly is a true treat and a really great time! There’s a lot of ground covered in this action packed episode, including how she SINGLE HANDEDLY broke Tom Cruise’s ankle (well, I mean, kind of), her upcoming series ‘Shrill’ (aka DJ Shrill-Ex) and her imminent super-stardom as a result of it, how her attention span for films has been impinged upon through television, the regrets of actors, spitty kisses and ever so much more! What a goodie. One thing to remember before going in - the safeword is ‘Neeson’. You may need it. ENJOY!

• 'OBSESSED WITH LINE OF DUTY' podcast!