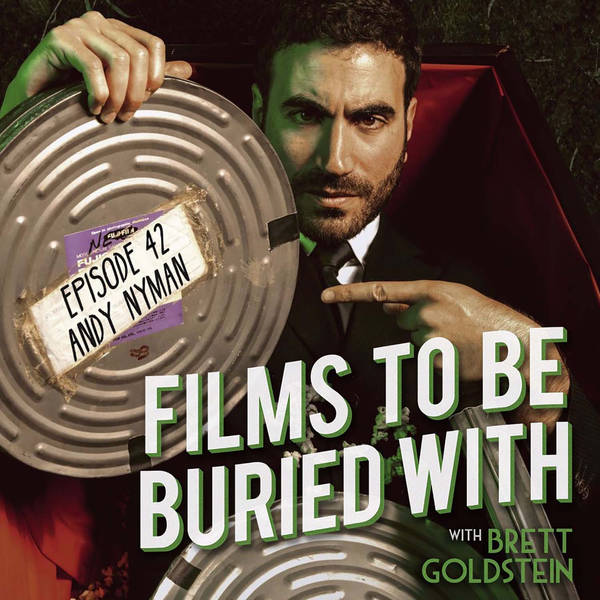 Andy Nyman • Films To Be Buried With with Brett Goldstein #42

LOOK OUT! It’s only Films To Be Buried With! Join your host Brett Goldstein as he and his guest go deep into the subject of mortality via cinema, and this week he is joined by the tremendous actor, writer and director ANDY NYMAN!

…so as we bid Andy a hearty ‘olav-ha-sholom’ as he meets his fictional podcast afterlife here with Brett, let’s get a proper dig into his life through film - and as a fully fledged film maker and actor, you can be sure it’s a brilliant lineup. Brett sits down with Andy in his dressing room as he waits stage call for his current role in ‘Fiddler On The Roof’, and they really get into things from the get go, including his sincere love of acting (which most definitely comes through) and ability to make choices that work for him, the British Jewish experience, mad childhood experiences in the cinema, directing and starring in Ghost Stories as well as the incredibly received stage show, the band Goblin, how Richard Dreyfuss pretty much single-handedly got him into acting, how Asian horrors share a lot with the British character, revisiting techy films years after, being a softy in later years, a thumbs down to superhero films and how physical effects win over CGI every time. So much going on - so get started right away, you’ll love this one!

• FIDDLER ON THE ROOF!