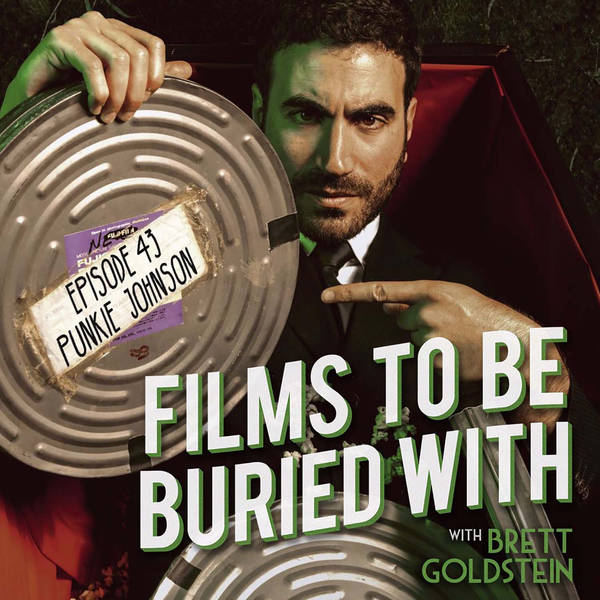 Punkie Johnson • Films To Be Buried With with Brett Goldstein #43

LOOK OUT! It’s only Films To Be Buried With! Join your host Brett Goldstein as he and his guest go deep into the subject of mortality via cinema, and this week he is joined by the glorious comedian, podcaster PUNKIE JOHNSON!

Brett and Punkie met a good while ago at a gig, where Brett was completely won over by Punkie’s whirlwind of awesomeness, and now the two are able to finally sit down and get some good, honest film chat done up! If you are yet unacquainted with her and her comedy, this is an awesome chance to become a fan and make a new friend, as Brett gets into every aspect of the life of Punkie through her film choices, including her home of New Orleans, being raised non-‘holy poley moley’, the secrets of a happy marriage, the conundrum of open relationships, her bartending days, being the eldest and youngest in a family, running a relationship like a dictatorship, having parents in the police force, Angela Bassett arms and FINALLY a perfect response to the infamous ‘sexiest movie’ sub-category! You the know one I’m talking about. Yeah that one. So please, sit yerself down all comfy like and enjoy the greatness of Punkie!

• PUNKIE on THE COMEDY STORE PODCAST!

• PUNKIE on the HOMOPHILIA podcast!