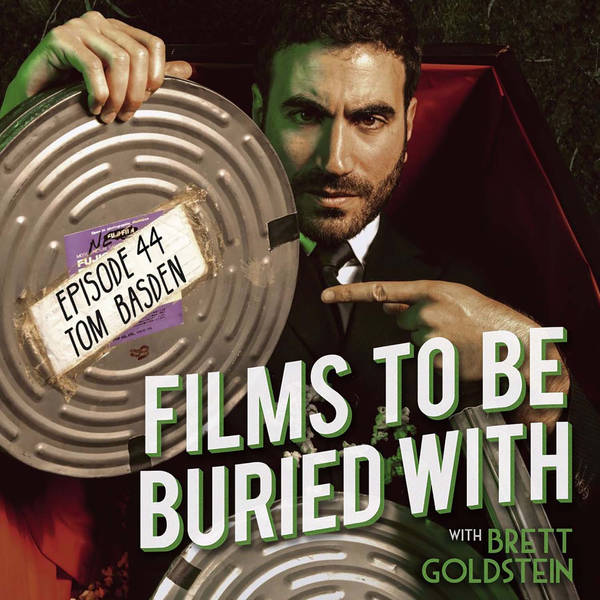 Tom Basden • Films To Be Buried With with Brett Goldstein #44

LOOK OUT! It’s only Films To Be Buried With! Join your host Brett Goldstein as he and his guest go deep into the subject of mortality via cinema, and this week he is joined by the award winningly great writer and actor TOM BASDEN!

What a world of goodies you’ve got ahead of you… A lovely chat with Tom and Brett recorded on location at Number 42, London (DAMMIT I just gave the address away - too late to delete it too) with a sleeping baby up above in the upstairs quarters. A whole ton of cinema jibber jabber as per usual which rides that undulating roller coaster of fun and good times to the proper grit and dirt of every day life and all that entails. You’ll hear about Tom’s relation to the afterlife since becoming a father, and how that inevitably altered his perspective on life and death, the big difference between gore and horror and how he gets along with such films and a wonderfully heartwarming tale of sleeping with his then girlfriend now wife at the BFI (actually literally sleeping, not in that way you filthy thing you). Tom’s credits run deep, having involvement in so many shows from After Life to The Wrong Mans to Plebs to David Brent: Life On The Road and an immense amount more, so you’re certainly in perfect hands - so step up, look alive and get yourself into episode 44 of Films To Be Buried With!

• TOM on THE INTERNET!