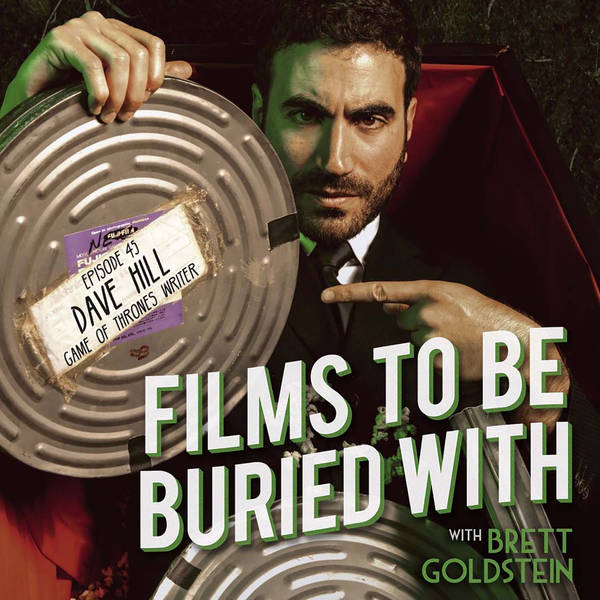 LOOK OUT! It’s only Films To Be Buried With! Join your host Brett Goldstein as he and his guest go deep into the subject of mortality via cinema, and this week he is joined by the film loving and joyful Game Of Thrones writer DAVE HILL!

“If you’re expecting a happy ending, you haven’t been paying attention…”

…and what kind of cruel world would this be if there wasn’t a liberal sprinkling of proper insider GoT talk, hmmm? Of course as you will know by now, spoilers for the film talk will occur sometimes without warning, but rest assured there are no finale ruiners or loose talk here my friends. You are in safe hands. Just some good, healthy behind the scenes trivia and gossip, very interesting stuff for the heads. You’ll love it. This is all without first saying that this is Dave’s podcast debut! So you’re in for DOUBLE treats here, folks - a chance to catch up and acquaint yourself with the man, as well as get into his past and present with Brett! From his early days wanting to be an astrophysicist, to catching that GoT gig, his monk-like study of the George R R Martin books, the four simple words of advice he received on the first day (“Don’t f*ck it up”), catching up on TV greats later on in life, his love of all things Disney, averting his eyes at sexy scenes and the mechanics of intimate scenes on GoT, higher learning in the US and good lord just about everything in between. Game Of Thrones appreciator or not - you’re in for many treats here, so please enjoy the warm light of DAVE HILL!