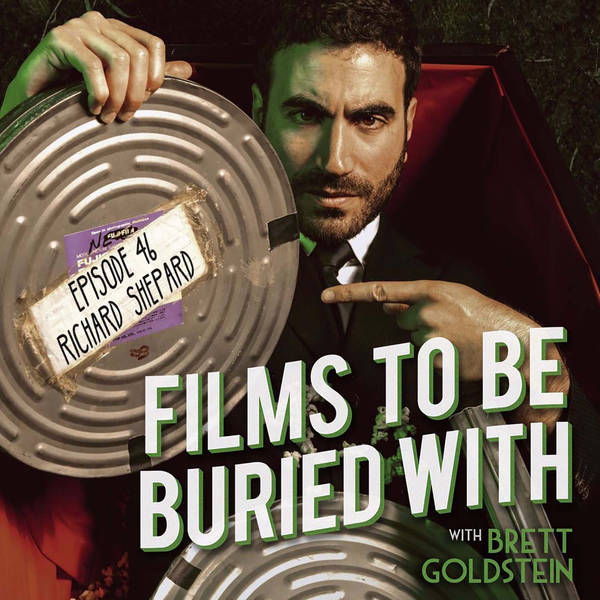 Richard Shepard • Films To Be Buried With with Brett Goldstein #46

LOOK OUT! It’s only Films To Be Buried With! Join your host Brett Goldstein as he and his guest go deep into the subject of mortality via cinema, and this week he is joined by all star writer and director (of, most recently, Netflix’s ‘The Perfection’), RICHARD SHEPARD!

What a treat! A rare one right here, as Richard isn’t running around doling out his precious time to just anyone making film podcasts… Prepare to be regaled with some wonderful anecdotes and true insider gossip, all from a veteran who has served MANY years on set and behind the scenes. It comes as no surprise then that he is steeped in film knowledge and love, which shall become evident as he and Brett get into it all including his new film ‘The Perfection’ which is out now on Netflix, his writing of many pilots along the way and the mechanics of the pilot world, his crucial parts played in the development of Criminal Minds and Ugly Betty (to name a mere two), his involvement in Girls and collaborating closely with Lena Dunham, how Netflix will often do the publicity run after a film’s release and not before, his formative film education through his father who was a film buff but also need distractions, having real life physical effects on screen over CGI and a wealth of fun and scams working in a New York cinema. A brilliant one here, entertaining and engaging throughout - go peep The Perfection now! And Tokyo Project! LIGHTS OUT!!!