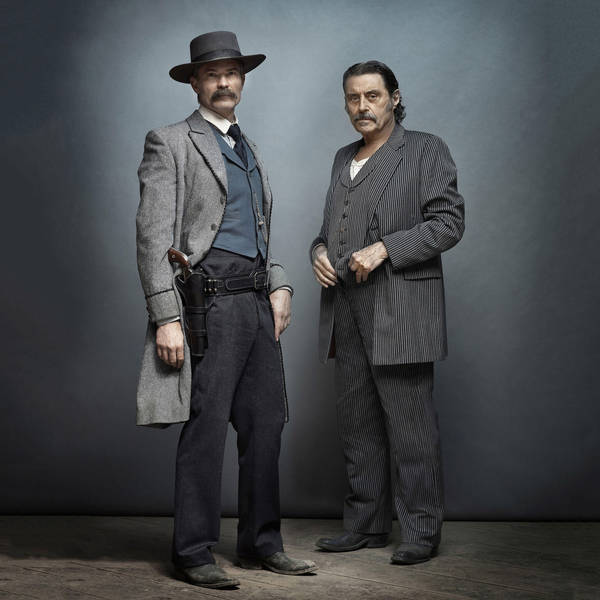 Shocking the world, the Deadwood movie no one dared believe would actually happen has actually happened, and our old friend Alan Sepinwall, Chief TV Critic of Rolling Stone, returns to discuss it. Around The Dial clicks through American Princess, The Handmaid's Tale, Netflix's sequel to Tales Of The City, Scott & Bailey, Good Omens, and Epix's Perpetual Grace, LTD. Alan takes a leap by submitting the Quantum Leap episode "The Leap Home, Part 1" to the Canon. Then after we name the week's Winner and Loser, it's on to a very animated Game Time. Meet us in the thoroughfare and listen!

The Extra Hot Great submission formAlan Sepinwall on TwitterAlan at Rolling Stone, including all his coverage on Deadwood: The MovieThe ATX FestivalAll Alan's books on AmazonSarah and Tara on Melrose Place at PrimetimerSarah's Animal Kingdom Power Rankings on PrimetimerKathryn VanArendonk's interview with Scott Bakula about the 30th anniversary of Quantum LeapPhoto: James Minchin / HBO