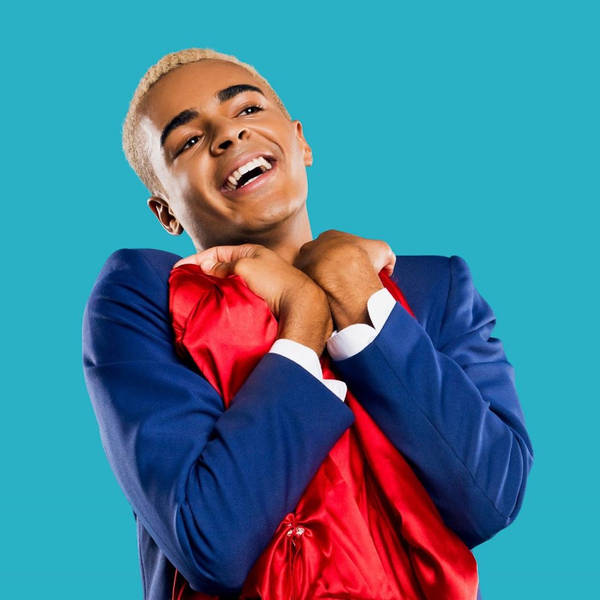 Everybody's Talking About Jamie: The story behind musical, with Dan Gillespie Sells and Layton Williams

Don't mess with a boy in a dress, he was born to impress.

Lead singer of the feeling and writer of the musical that’s taken the UK’s west end by storm Dan Gillespie Sells, joinst us for our season three finale, to tell the story behind the soundtrack to your #QueerAF life: Everybody's Talking About Jamie.

In an ever changing world, the way we identify is constantly being challenged. Not just by people around us, but by ourselves too. And that’s why Jamie New, the 16 year old from Sheffield in the north of the UK, who’s career test says he’ll only amount to being a forklift truck driver – is such a refreshing story to watch, enjoy, and for queers everywhere – to see themselves in. And even better? It was inspired by a true story.

We interview Dan Gillespie Sells, lead singer in the Feeling and writer of the show, and star Layton Williams who is playing Jamie in the UK's West End.

With thanks to all to contributors this season. if you haven’t yet go back and listen to Martin Joseph, Jacob Edwards, Sebastian Hendra, Max Taylor, Cassie Galpin, Alice Taplin, and Patrick Reardon Morgan’s episodes.

For today’s episode thanks to Dan Gillespie Sells, Layton Williams and the team at Everybody’s talking about Jamie – and if you’re desperate to see the story but geography is getting in the way. Dan told us the movie is very much, in production.

Just like Season 4 of the show, so stay subscribed on your podcast feeds, and bring us back faster with ratings and reviews in Apple, Spotify, Google podcasts or what ever app you listen in. Share us on social media tag in @studentpride, the whole reason we make this show to keep the pride of conversation alive all year round.

Today’s show was produced by @jamie_wareham.