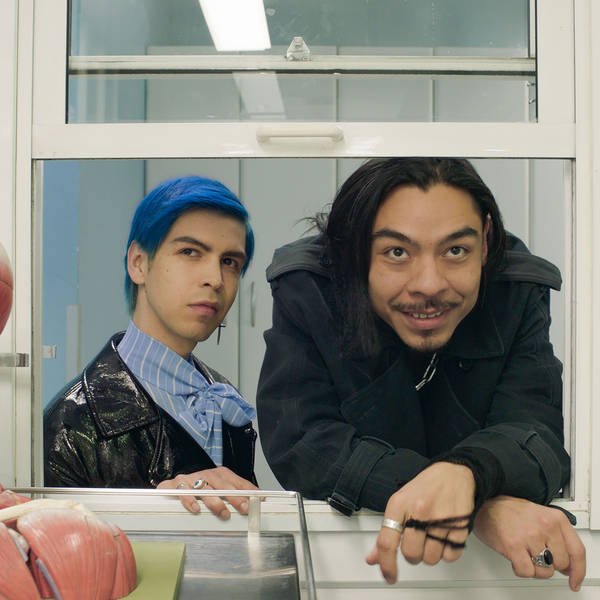 256: Exorcising Our Demons With Los Espookys

Comedy writer/performers Ana Fabrega and Julio Torres have brought HBO a new sitcom about a "horror group" that creates practical horror effects for ridiculous reasons (Fred Armisen's hardly in it, we swear!), and Omar Gallaga has returned to discuss it with us! Around The Dial clicks through Younger, Comedy Central's new sketch show Alternatino With Arturo Castro, the upcoming Amazon series Undone, and the third seasons of Claws and Jessica Jones. For her Extra Credit topic, Corey asks us each to choose a title from the AFI's top 100 films and turn it into a TV series. Omar presents the Atlanta episode "Teddy Perkins" for the Canon. Once we've recovered (barely), it's on to the week's Winner and Loser and a Game Time with a lot of cipherin'. Put on your werewolf teeth and join us!

Los EspookysYoungerAlternatino With Arturo CastroUndoneClawsJessica JonesExtra Credit: AFI 100 Films To TV ShowsThe Canon: Atlanta S02.E06: Teddy PerkinsWinner and Loser of the WeekGame Time: I Was Told There Would Be No Math