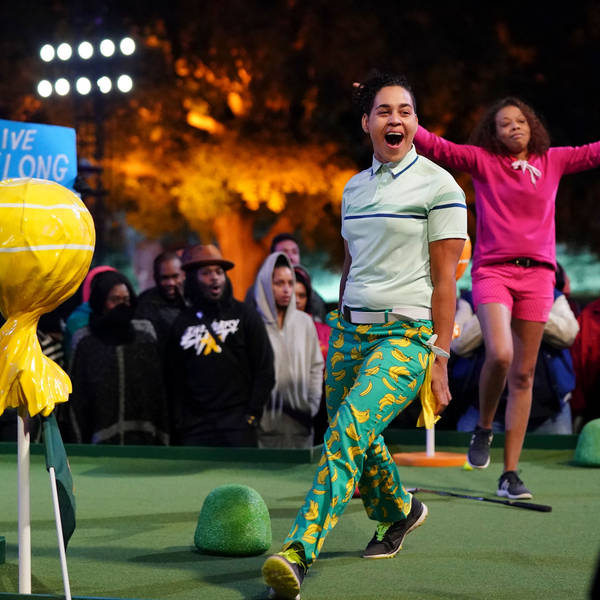 Try as we might, we couldn't get that "putt down the remote" joke to work, so we'll just say we're happy Daniel MacEachern is back on the pod, and we're even happier to be talking about Holey Moley, the "Wipeout meets mini-golf" summer offering from ABC that finally found a way to use Kenny G's talents properly. From hosts to holes to gimmicky guest get-ups, it's fun for the whole family -- really! Later, we go Around The Dial with Years And Years, Animal Kingdom, Bosch, Lethal Weapon, Collateral, and Dave's non-crackpot theory on TV knockout drugs, before contemplating a universally despised Golden Girls episode that closed out that otherwise-great show's second season. Michael Sheen (not in character from The Good Fight) was a winner, execs trying to step to Buntsy's girl Roma Torre were losers, and someone got a helping hand on this week's Game Time. This is our windmil-lieu: an all-new Extra Hot Great.