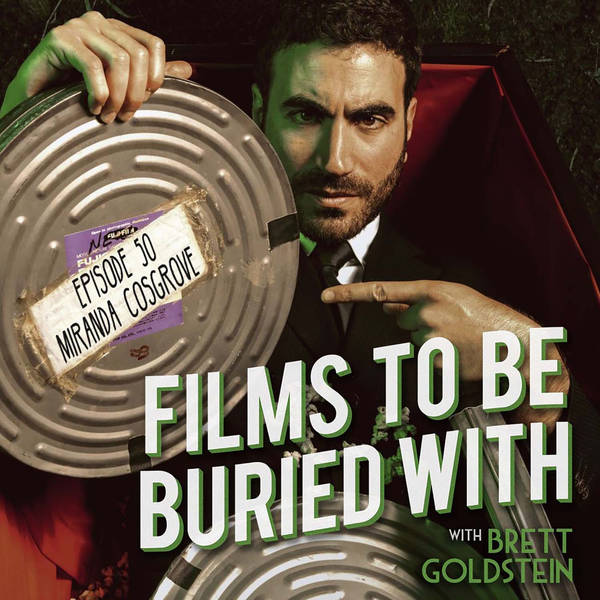 Miranda Cosgrove • Films To Be Buried With with Brett Goldstein #50

LOOK OUT! It’s only Films To Be Buried With! Join your host Brett Goldstein as he and his guest go deep into the subject of mortality via cinema, and this week he is joined by the truly excellent actor, School Of Rock star and all round fabulous person MIRANDA COSGROVE!

Can you believe that this is her first ever podcast? It seems crazy as she is a complete natural but it’s true! It’s a genuine treat to hear her many stories revolving around her film picks, and you can be sure that it’s a fascinating, heartwarming and at times very crazy ride… She and Brett actually shared some acting time together on a pilot created by former FTBBW guest Bill Lawrence too! So please, enjoy this wonderful get together as she and Brett discuss how she is a comedy surgeon, her being approached by acting talent scouts at the tender age of 3, the days on the set of unanimous favourite School Of Rock (go watch it again, you will never regret a repeat viewing of that!), popularity after Drake & Josh, I Carlie, the transition from child star to fully grown up, homeschooling, thwarted first kisses and a situation involving her favourite film which is worthy of a film in itself. Prepare to be open mouthed in surprise. Lovely stuff and an all round comforting episode right here - please enjoy!