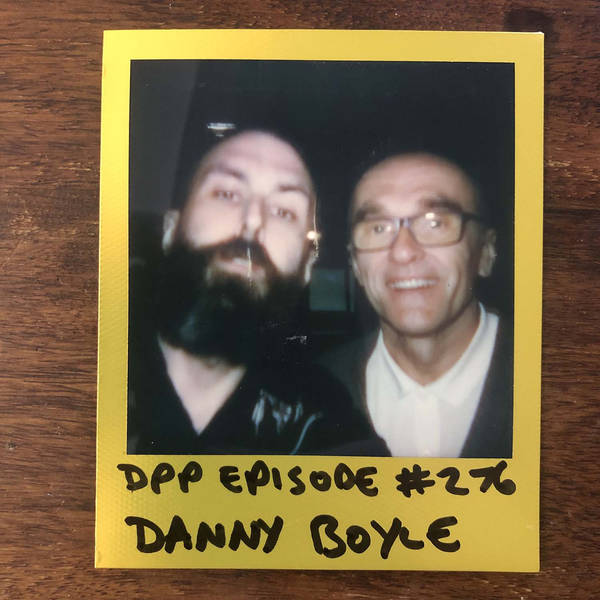 Welcome, welcome, welcome to episode 276 of the Distraction Pieces Podcast with Scroobius Pip! In continuing with Pip’s stellar lineup of screenwriting and directing heavy hitters, he is joined this week by none other than the great DANNY BOYLE!

Of course, you already know Danny through his past crowning glories including Trainspotting, T2, 28 Days Later, Slumdog Millionaire, and a good large handful of other classics. So as far as introductions go, you know who you’re here for! Danny is out and about right now putting in the good work in support of his new film ‘Yesterday’, which presents a world in which the Beatles don’t exist. It’s a premise which poses question upon question and kind of demands your viewing time, and you’ll hear all about it here, including the sheer importance of the band, the goal of fame in today’s world, how important rehearsal is (VERY!), the mechanics of recording on set and how live recordings were achieved, finding the right lead in Himesh Patel, the balance of melancholy and joy in the Beatles’ music, representation and deepening the talent pool which dovetails nicely into how the Beatles wouldn’t play segregated crowds, and the importance in soundtrack in a Danny Boyle film which is none more resonant than in this film right here! Greatness. Your troubles will seem so far away after this one, folks.