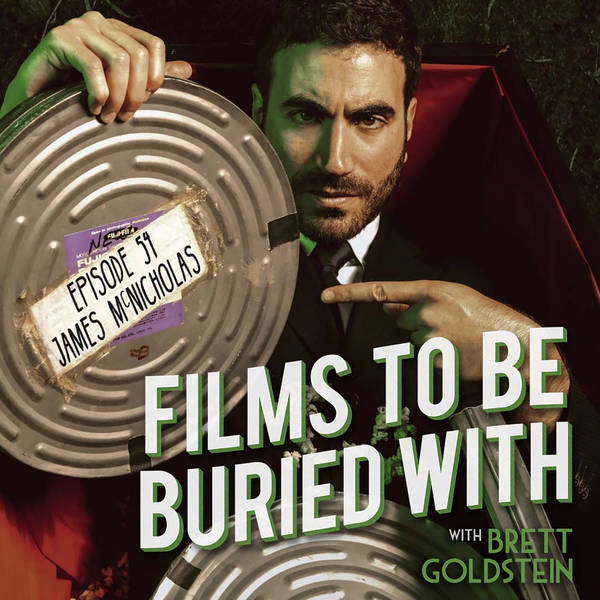 James McNicholas • Films To Be Buried With with Brett Goldstein #54

LOOK OUT! It’s only Films To Be Buried With! Join your host Brett Goldstein as he and his guest go deep into the subject of mortality via cinema, and this week he is joined by the Arsenal loving sketch comedian blogger podcaster champion JAMES McNICHOLAS!

A good old fashioned friendly one this week, as Brett and James catch up and reminisce, but also cover some intriguing, sometimes serious but always funny ground… The fun never goes far from Self Deprecation Island, so have no fear! Hear about it all, from James’s involvement with the Beasts sketch group, what it is to be a sketch comedian, the many differences between being a standup and a storyteller, his world champion boxer grandfather upon whom James’s one man show is based (premiering in Edinburgh, details below!), ‘Arseblog’ and going to Arsenal games alone, some heartbreaking tales from childhood, issues with food and not having a functioning “Full” valve, reasons for having children, seeing Jesus, and witches and giants! It’s an episode which contains multitudes, people. You shall enjoy!