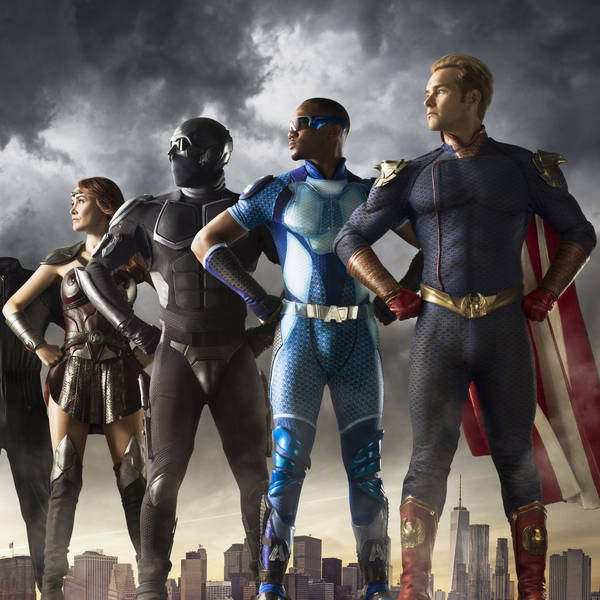 261: The Boys! The Boys! Whatcha Gonna Do When They Come For You?

John couldn't make it last week for our Veronica Mars discussion, but he fired a baby's laser-beam eyes at Amazon's latest original, The Boys, which we all quite liked. Does Jack Quaid look more like his famous parents, or like a Bill Heder/Pacey Witter hybrid? How will the show diverge even further from its graphic-novel parent in Season 2? And does Butcher swear more than Buntsy? We went Around The Dial with Sherman's Showcase and South Side, John's belated take on Veronica Mars S4, Animal Kingdom, and Pennyworth before descending into a boring, disturbing sex fog with Dave's presentation of TNG's "Sub Rosa" for the Nonac. Nickelodeon slime won the space race, Diddy became a Loser, and Dan Cassino merged shows old and new for a Before & After Game Time. Don't get sent to Sandusky for missing this all-new Extra Hot Great!