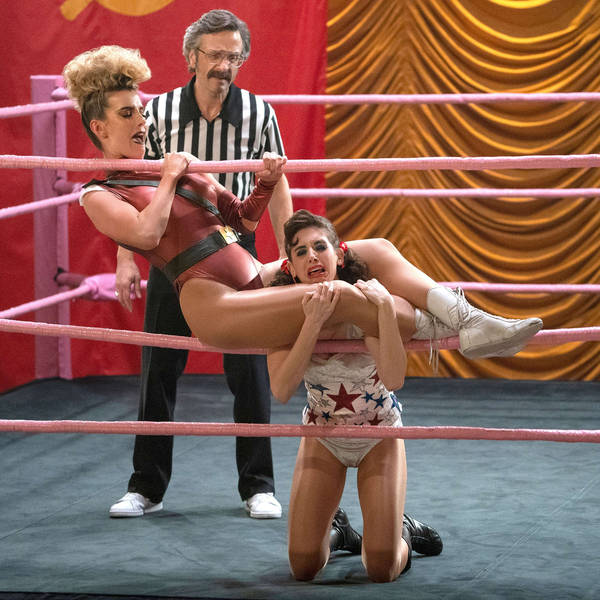 GLOW returned to Netflix for its third season last weekend, and Adam Grosswirth returned to EHG to discuss the action's move to Vegas, the realism of a long run, whether a more serious tone worked, and where a possible Season 4 can go from here. We went Around The Dial with The Family, Wu Assassins, So You Think You Can Dance, and Last Tango In Halifax before Erica challenged us to create Tony-winning musical episodes from TV shows of yore. We got out the paddles for a Canon submission from Sean on Schitt's Creek, then declared a dead Confederate a winner, and LiLo's antics a loser, before sampling a rollercoaster of a musical Game Time. Hike up those leotards and join us for an all-new Extra Hot Great.